Just got off the phone with Randy Scism of MTI—I actually interrupted his breakfast in Key West, Fla. Scism and teammate Bob Bull are down there racing a 48-foot MTI with twin 1,500-hp Sterling engines in the Extreme class of the Super Boat International World Championships. The two didn’t fare so well in yesterday’s race, as a broken drive forced them out early, but Scism is optimistic heading into the Friday and Sunday races.

“Before we broke, I think our laps we’re pretty close to those of the turbine boats,” he said.

In other MTI news, the company is on its third boat for All-Pro NFL defensive tackle Albert Haynesworth. Hainsworth started with an MTI 40 called “Pure Evil” and moved on to a 44 MTI dubbed “Hell Raiser.” Now he’s stepping up to a yet-to-be named or painted 48-footer that will be on display at the 2010 Miami International Boat Show Feb. 11-14.

“It’s going to be another wild one, that’s for sure,” said Scism. 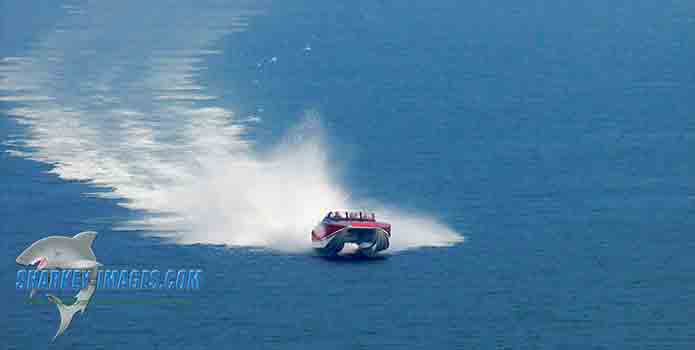