Your go-to source for performance boating.
HomeIn the NewsMTI Bringing Three Boats To Inaugural Tiki Lee’s Shootout On The River

The team at Marine Technology Inc., in Wentzville, Mo., is looking forward to checking out a new action-packed event this week as company founder Randy Scism, his daughter and MTI client relations manager, Taylor Scism, sales manager, Tom Stuart, and Milton Calafell—head of MTI support and crew chief for the TS Motorsports team—are going to be on hand for the inaugural Tiki Lee’s Shootout On The River in Maryland starting tomorrow.

“We’re super excited about trying the new Shootout On The River this week—it seems like the organizers are going to roll out the red carpet for this one,” Taylor Scism said. “We met the team behind the new event at the Florida Powerboat Club Miami Boat Show Poker Run in February and it sounded like a pretty cool experience, especially since it has a kilo run and a shootout along with the poker run. Once we found out the 1,000 Islands Charity Poker Run was cancelled, which is the week after this one, we opted to check out the first-year event. We usually try to add one new event to our calendar each year so we decided to go to Baltimore and see what the event and the area has to offer.”

On Saturday, the OPA Kilo Run for the Records is scheduled to take place from 10 a.m. to 5 p.m., with an air show planned between 2 p.m. and 3 p.m., and awards scheduled for 6 p.m. On Sunday, the fun turns to a “run what you brung” top-speed contest on a three-quarter-mile course starting at 10 a.m., and finishing at 5 p.m., with another air scheduled at the same time as Saturday’s exhibition showcase.

“We’re going to run the raceboat in the kilo run on Saturday and use the pleasure boat in Sunday’s shootout,” Taylor Scism explained. “We’ll be providing demo rides in the center console and the cat so anyone who is interested can call us to schedule an appointment. We’re excited to experience a new event in a location we’re not as familiar with as other parts of the country.”

Airing Today: In The Lead With Nor-Tech's Trond Schou a... 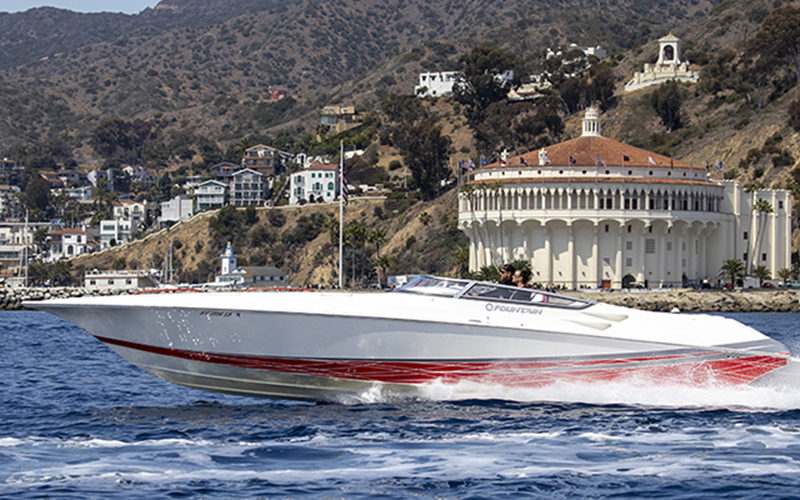