Your go-to source for performance boating.
HomeIn the NewsMiss GEICO to Run Mercury Racing 1075s For Balance of 2012 Season The new Miss GEICO, a 43-foot catamaran that began its life as a Team Victory boat in Union Internationale Motonautique Class 1 competition and was later sold to and campaigned  by the Martimo team, will run twin Mercury Racing 1075SCi engines for the balance of the 2012 domestic offshore racing season. The boat was purchased from the Martimo group earlier this month to replace the turbine-powered Miss GEICO, which was destroyed in a fire on June 30 during practice at the annual Suncoast Offshore Grand Prix in Sarasota, Fla. (Read the story.)

“There are a few reasons we chose the 1075s,” said Marc Granet, the driver of Miss GEICO, in a telephone interview this evening. “First, the boat was basically already set up for 1075s. Even if (Mercury Racing) 1350s were available—and they weren’t—we would not have had enough time to do all the reconfiguration work, including fiberglass work, required to install them and still finish this season. We have a responsibility to our sponsors to finish the season.

“Second, we need to learn the boat and this is a smart power choice, not just because the boat is set up for it, but because Scotty (Begovich, the throttleman for Miss GEICO) needed to learn it. It’s a completely different boat from Miss GEICO with a completely different power curve—piston as opposed to turbine. We are not going to push it out there. We are going to take it easy. This weekend’s events in UIM Class 1 (Read the story, “Tragedy in Class 1”) provided a stark reminder of how dangerous this sport really is.

“Dave Scott offered to sell us a pair of Sterling 1550s, which was exciting but, given your time constraints for installation and, again, learning the boat, not very realistic,” he added.

Granet added that Gary Stray, the GEICO team’s rigger, is already familiar with the 43-footer.  He worked the catamaran extensively when it was part of the Victory Team fleet.

Granet and Begovich will campaign the boat in the Extreme class on the Super Boat International and Offshore Powerboat Association. Noted Extreme class teams include Gasse and CMS—both 48-foot MTI catamarans—and Cintron, a 50-foot Mystic cat.

After the season, Granet said the team plans to rebuild the canopy to the same standards of the former Miss GEICO. As for the team’s future turbine-class plans, Granet said they will have to wait.

“Our turbine program is continuing, but we will focus on it at the end of the season,” said Granet. “As I said, it takes a lot to field a boat at this level, so we need to focus on the business at hand.”

The boat will be wrapped in Miss GEICO colors later this week. 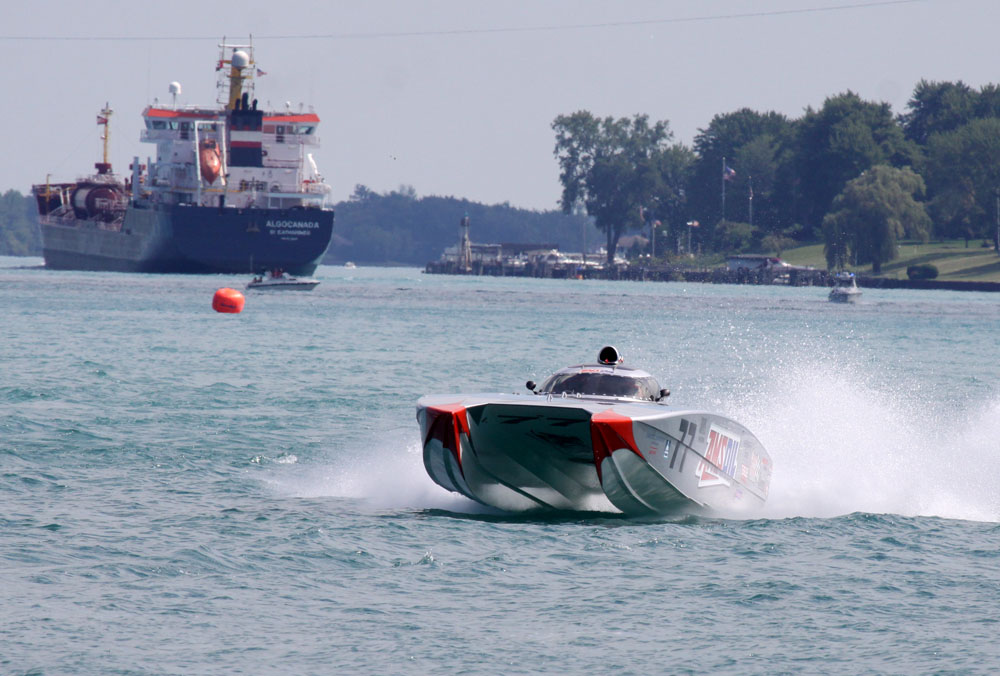