Your go-to source for performance boating.
HomeIn the NewsMiss GEICO Regrouping for OPA and SBI Worlds 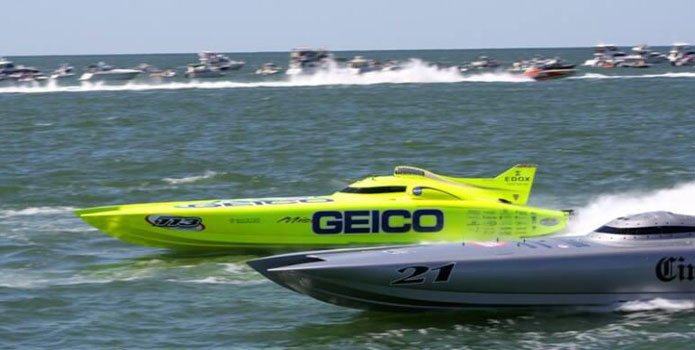 The transition from turbine to piston power has been anything but seamless for the Miss GEICO Racing team since its boat burned to the waterline during a late-June practice session. Since installing twin Mercury Racing 1075SCi engines in its new catamaran, the team has finished last in its first three Super Boat International and Offshore Powerboat Association races—and like the rest of field at the SBI event in Michigan City, Ind., didn’t even get the chanceto  compete because the race was canceled due to conditions.

But according to Mark Granet, the driver of the boat who shares the cockpit with throttleman Scott Begovich, the team is not discouraged and is working even harder to produce better results in the final two races of the 2012 season—the OPA Worlds next weekend in Jupiter, Fla., and the SBI Key West World Championship in early November. 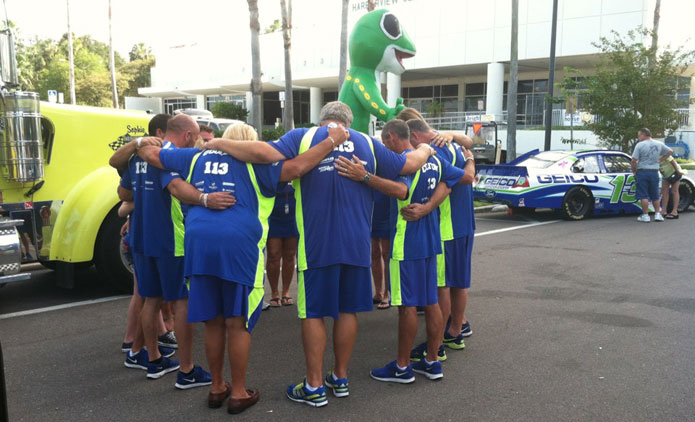 Marc Granet says this season’s adversity has made Miss GEICO Racing a much stronger team.

“We thought we had all of our issues worked out before the SBI Nationals in Clearwater, but we didn’t,” said Granet. “We could have continued with the race, but we would have destroyed our motors. After the race, we pulled them out and put them on the dyno to make sure we are getting what we need out of them. We took everything apart in the boat and put it back together.

“We’re making that change because it reflects the international push and presence into the sport for Key West with the Qatar team coming in, the Gasse boat’s Norwegian owner (Tor Staubo) and the Australian guys coming over,” said Granet. “Everyone would rather root for a country than a team, and what better team to represent this country than Miss GEICO?”