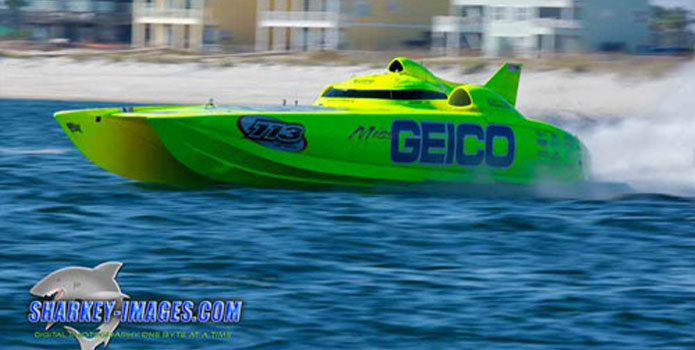 Royal Purple launched the third installment of its 2012 mini-documentary series, Outperformer, today’s with its airing of a five-minute video on championship-winning offshore powerboat racing team, Miss GEICO Racing. According to a press release from Royal Purple, the video chronicles everything from the “off-season duties that include 14-hour work days preparing the boat for competition, to the steely determination and focus required on race day from both pilot and crew.”

The video can viewed at royalpurple.com. The final video of the year from the high-performance synthetic lubricant manufacturer, Royal Purple’s vignette of the Miss GEICO team continues the company’s goal of profiling teams and individuals who “Outperform” in their respective fields, discussing their inspirations to be “the best of the best,” according to the press release.

Walker on Baja: ‘We know we face a challenge’