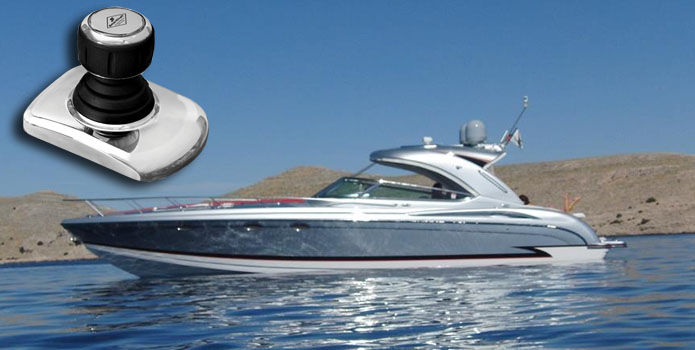 “These are the first-ever Mercury Racing engines to be paired with Joystick Drive Technology,” said Rick Mackie, the Fond du Lac, Wis., company’s senior marketing manager. “Not long after it was released, Formula contacted us and said they liked the 520 for their cruisers but wanted to know if we could complement it with Joystick control. So that was the incentive for this product evolution.”

According to a press release from Mercury Racing, Joystick Piloting systems “take the stress out of docking, maneuvering in tight spaces and operating in less-than-ideal environments by providing boaters 360-degree movement at their fingertips.”

The system is ideal for sport cruisers that are not necessarily large enough to require bow or stern thrusters but could benefit from extra low-speed control, especially when it’s time to dock.

In addition to docking control benefits, Joystick Piloting is capable of providing hands-free operation. With a push of a button, Skyhook® (digital anchor) pinpoints the boat’s position using a GPS satellite antenna and the engines and drives move independently to maintain the boat’s position. Integrated autopilot, auto heading and waypoint sequencing make navigation simple and efficient.