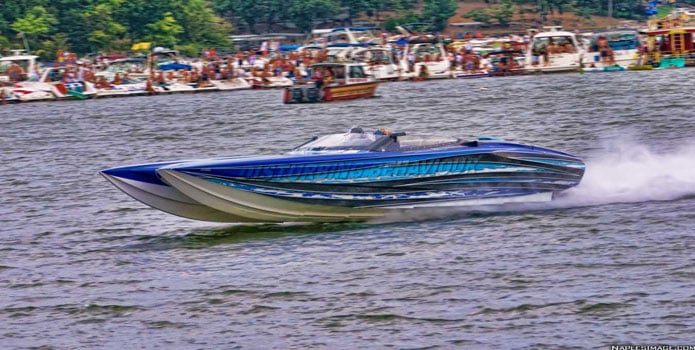 The first thing you need to know about Erik Christiansen is he is not a replacement for Fred Kiekhaefer, the longtime president of Mercury Racing who left the company at the end of 2012. And much as he admires his iconic marine industry mentor and friend for the past ten years, he does not want to be Fred Kiekhaefer.

“I am never going to be Fred Kiekhaefer—I’m not him,” says Christiansen, who moved from his role of director of engineering to general manager of the Fond Du Lac, Wis., based high-performance marine engine and parts company at the beginning of this month. “He has quite a unique legacy beyond being the son of the founder [Carl Kiekhaefer, who started the company that eventually, through acquisition, became Mercury Racing]. My goal is to take the positive things that I have learned from him and apply them in ways to make the business successful and keep helping the sport to grow.”