Even before the Sandbar Sports Grill on Greene Street reopened yesterday at 7 p.m. for the Speed On The Water “Racing To Rebuild” Key West Bash presented by CMR Construction and Roofing, the street itself was nuts. The street closed at 3:30 p.m.—Powerboat P1/P1 Offshore head Azam Rangoonwala and I literally put up the barriers closing the short block for Duval Street and Ann Street.

Of course, that was after a trio of raceboats including CMR Roofing, M CON and TS Motorsports, plus a CMR-backed NASCAR racecar and a Funny Car dragster, had moved onto the block for the evening.

All was a backdrop for not just the party, which attracted thousands of guests and raised money for Key West-based Samuel’s House and the #WeAreFMB Resilient fund benefitting Fort Myers Beach recovery efforts following the devastation from Hurricane Ian a month ago. Though the final total isn’t in and won’t be for a few days it appears that more $100,000 was raised through the party’s live auction, raffle and CMR-sponsored T-shirt sales.

But the scene also was set for a press conference, led by speedonthewater.com co-publisher Jason Johnson and I announcing that the new, still under-construction 43-foot Skater Powerboats Class 1 raceboat will be backed by Monster Energy drink. The press conference began promptly at 4:45 p.m. and the news greeted with applause by racers, fans and more than a few people who just happened to be walking by. Speedboat magazine publisher Ray Lee streamed the event while photographer Tom Leigh and videographer Carter Bahde capture it for the publication. Speedonthewater.com photographer Jeff Helmkamp took the images used in yesterday’s story and Scrapyard Media videographer Brad DiMaggio shot the event for a Speedonthewater.com documentary chronicling the Miller’s new Class 1 raceboat.

The back area inside the Sandbar Sports Grill became a live radio booth for 97.7 FM Sports Radio “The Zone” veteran broadcasters Rick Lopez and Todd Swofford.

But Curtis, Halley and Rangoonwala weren’t done yet. All had to sit for video interviews on the patio outside the Sandbar with myself and DiMaggio for use in our upcoming video project, which got even more exciting with the Monster Energy announcement.

While the final fundraising numbers won’t be in for a few days, the Speed On The Water “Racing To Rebuild” Key West Bash presented by CMR Construction and Racing was a hit.

None of this could have happened without Bleil, Rodrick Cox and the rest of the Race World Offshore team, which is producing this week’s American Power Boat Association/Union International Motonautique Offshore Championship Series, and Performance Boat Center, the event’s presenting sponsor.

And then—as the saying goes—the party started in earnest. 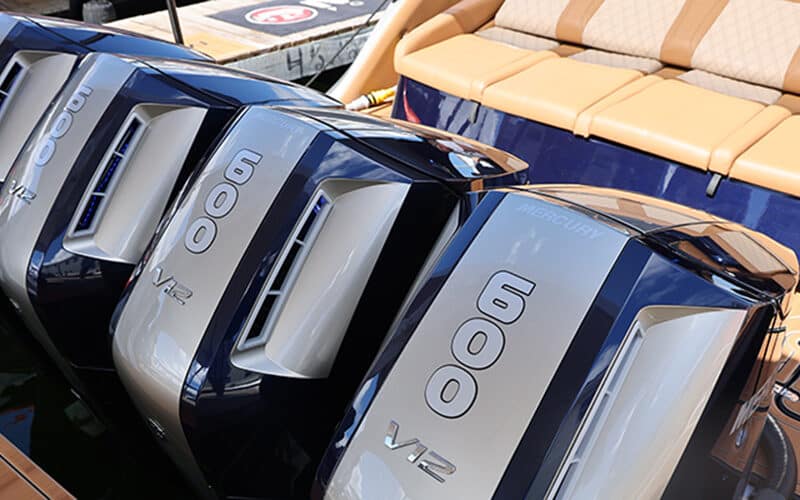