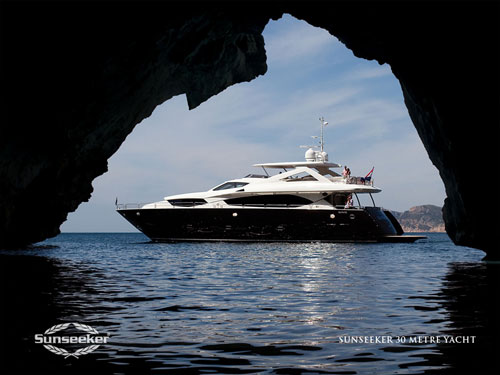 Known for building large custom high-performance catamarans from 36 to 55 feet long, Marine Technology, Inc., in Wentzville, Mo.,is going even bigger as a new dealer for Sunseeker Yachts. That’s according to Randy Scism, the owner and founder of MTI.

“I have four different clients who currently have Sunseekers, and that seems to be a good match for us,” said Scism, who recently returned from a tour of the Sunseeker production facility in England. “When the opportunity came up, we decided to go with it. We’re excited about it. We think it’s really cool.”

As for MTI’s own pending V-bottom offering—a 42-foot-long center console—Scism said the hull plug is complete and being waxed for preparation to create a mold later this week. Tooling for the new model’s deck is still in the computer-aided design stage, but also is nearly finished, he said.

“We’re just getting done with the CAD for the deck,” said Scism. “Honestly, we’re about six months behind on that model but it’s coming along really well.”