When Oshkosh, Wis., performance boater Carl Doemel was deciding on engines for the new 33-foot Renegade Powerboats center console he and his wife, Diane, ordered last year, he didn’t have to think about it for too long before opting for a trio of Mercury Racing 450R engines, the first Renegade 33’ Open to feature that power package. For those who know the man, who also owns an Outerlimits Offshore Powerboats SL 52 with twin dual-calibration Mercury Racing 1350/1100 engines and a Fountain Powerboats 43NX center console powered by quad Mercury Racing 450R engines, the decision was not surprising.

And now that he’s had the new 33-footer from the Hialeah, Fla., boatbuilder since late-July and driven it a couple of times, he has no regrets about selecting the 450-hp engines.

“Is it overkill to have 450s on a 33?” Doemel asked during an interview last week. “It’s still early to tell as we’ve only run the boat a couple of times, but I feel like it was a good call. I’ll tell you for certain a year from now.”

He laughed, then continued.

“The boat is quick, that’s for sure—it gets up and going right away,” said Doemel, who is planning to take it to Missouri in a couple of weeks for the Lake of the Ozarks Shootout and the Renegade Powerboats gathering being organized by local dealer Randy Kent, owner of Marine Concepts Motorsports in Kaiser, Mo. “It’s not all about speed though. We decided to get this boat because it is trailerable, it fits nicely on the lake in front of the house and it shouldn’t be as difficult to find storage for when we take it to Florida and the Florida Keys in the winter months.”

Doemel called the 33’ Open extremely well built and added that the fit and finish is as nice as any boat he’s ever owned.

“It took a little extra time than expected to get the boat, but I couldn’t be happier with it,” he said. “Renegade builds a great product. I’d never bought a boat from Randy (Kent) before, but he was enjoyable to work with. I originally called the factory to get information on the Renegade line and the team there put me in touch with Randy. He and Manny (Oses, the owner of Renegade) were very helpful throughout the build process.”

Doemel said he visited the factory a few times while the boat was being constructed and was impressed with how hands-on and detail-oriented Oses and his team were throughout the build process.

Kent, who has been an integral part of the Renegade team since taking on the line last summer, added that he’d put Renegade’s fit and finish work up against any boat he’s ever sold.

“If you want to see a quality boat, come see our new boats on display during the Shootout on the Strip street party during the Lake of the Ozarks Shootout,” said Kent, who is being inducted into the event’s Bob Morgan Memorial Hall of Fame on Tuesday, Aug. 24, the day before the Shootout on the Strip along Bagnell Dam Boulevard. “We’re going to have four Renegades on hand, including an all-new 38’ Open that is being painted by Visual Imagination. We’ll also have two of our new DEFCO trucks on display, the new BA450 and BA350 models.”

The team at Visual Imagination in Missouri is currently painting a new 38′ Open from Renegade.

Kent, who recently purchased the Colorado-based custom truck company and is now assembling them locally and starting to take orders, said that he expects the Renegade display to get a lot of attention during the Shootout on the Strip presented by Waves and Wheels. He added that anyone looking to schedule a test ride with him during Shootout week, should contact him at 877-601-BOAT.

Image Of The Week: Michigan City Or Bimini? 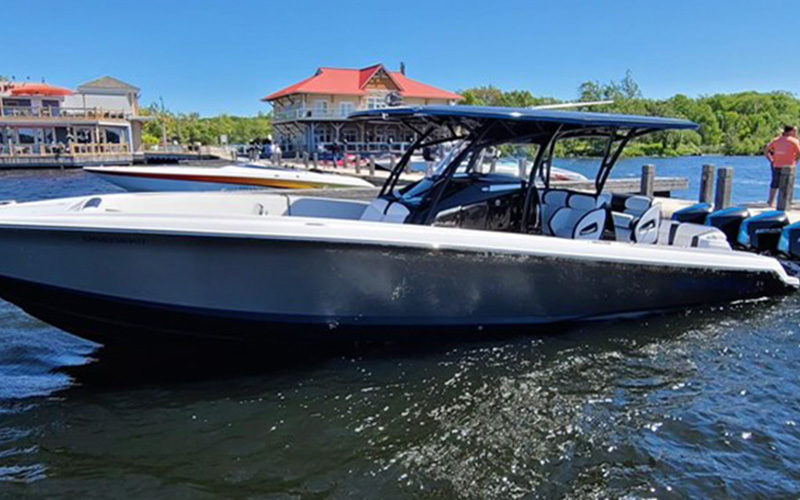 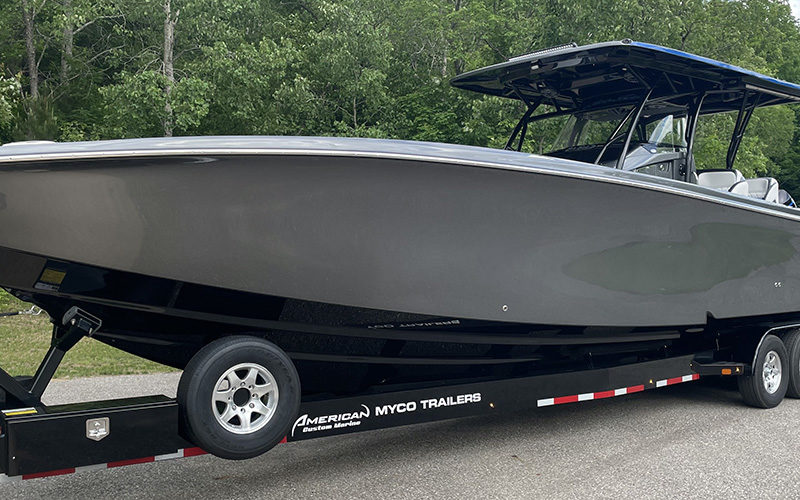 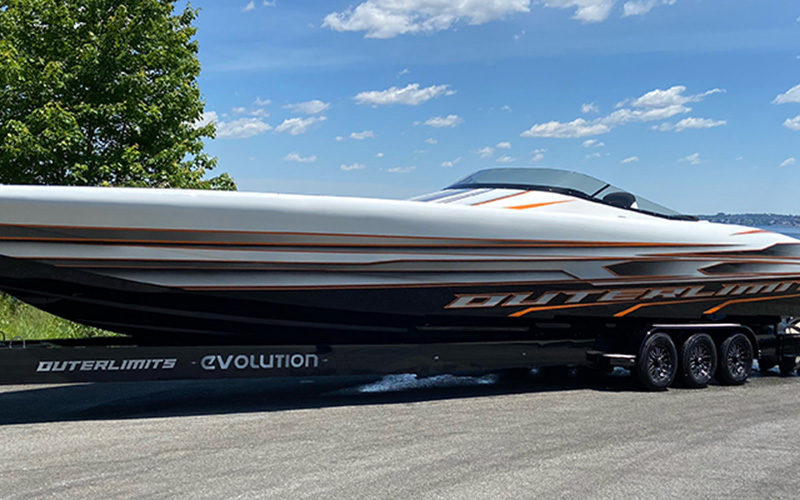