Your go-to source for performance boating.
HomeRacingM CON To Field Class 1 And Super Cat Teams In 2023

Tyler Miller could be offshore powerboat racing’s most ambitious competitor. Not only is the Kansas-based excavation company principal the owner and throttleman of the M CON team focused on defending the outfit’s 2021 American Power Boat Association Super Cat National Championship with driver Myrick Coil in their Skater Powerboats 388 catamaran, he has a Class 1 Skater 438 raceboat in the works for the 2023 season.

Miller will share the cockpit of a new canopied Skater 438 catamaran powered by Mercury Racing 1100 Comp engines with BPM drives and rudder steering with Coil in the Class 1 ranks next season. He also plans to continue competing alongside Coil in the Super Cat class.

Before making the decision to join Class 1, Miller and his wife, Lindsey, discussed the notion of fielding teams in two classes for the better part of two years. They even considered the white-hot Super Stock and the up-and-coming 450R Factory Stock classes before deciding to enter Class 1.

“Both those classes were very intriguing, but I’m a big guy and I didn’t think we’d be competitive in those classes, which are so sensitive to weight,” Tyler Miller said. “I always thought Class 1 was where we’d end up. We had several conversations with the people at P1 Offshore during the last year and they laid out their plans with television and sponsorship. Then Lindsey and I had long conversations about what that would look like and what it would cost, not only monetarily but time-wise.

“In the off-season, we had longs talks with Peter Hledin at Skater about it and he was really, really excited to build a Class 1 boat,” he continued. “He has a fire in his belly to build it.”

Hull lamination is almost complete for the 43-footer.

The new cat is scheduled to be completed in March 2023. It will be hauled from Skater headquarters in Douglas, Mich., to Performance Boat Center in Osage Beach, Mo., where Coil will oversee its rigging.

“The boat is about ready to come out of the mold and then it will go to Performance Boat Center,” Miller said. “They have helped us take our program to another level. Without them, we would not be who we are.

“And without Lindsey, who is incredible, our supportive family and a phenomenal team including Jake Leckliter, our crew chief, transport specialist Craig Amptmeyer, transporter Mike Powell and merchandise sales manager Sydney Leckliter, the ability to race Class 1 would only be an aspiration.”

The founder and owner of Skater, Hledin has built two raceboats and one pleasure boat for Miller. The 43-footer will be Miller’s third Skater raceboat—and he also has another pleasure cat under construction at the Douglas, Mich., company.

“The first 438 we built was Rockette,” Hledin said. “Now we will have the first race version built for Class 1. Seriously, no B.S., I am very excited about it. I think it will do extremely well and I am really glad this is happening for Tyler Miller. He’s a great gentleman and a loyal customer.”

Miller (left) on Peter Hledin: “He has a fire in his belly to build it.”

“I’m really excited to go head to head with Tyler,” Curtis said. “His record speaks for itself so you know he’s going to be very fast from the get-go. He also has full backing from Skater Powerboats with his brand-new boat. It’s great for Class 1 as we want the best of the best from around the world to compete against.”

Added rookie Class 1 throttleman Alex Pratt of the XINSURANCE/Good Boy Vodka team, “Tyler runs an amazing program so it will be great to have his program in Class 1—that’s exactly what we want. I’m excited to race against his team.”

For Powerboat P1/P1 Offshore chief executive officer Azam Rangoonwala, Miller’s decision to join the Class 1 ranks with a new boat is some of the best news for the class this season. His United Kingdom-based organization is producing the eight-race Union International Motonautique Class 1 World Championship Series, which just completed its third event of the season in Michigan City, Ind.

Based on its success in the Super Cat ranks and commitment to the sport, M CON is an ideal addition to Class 1. Photo by Pete Boden copyright Shoot 2 Thrill Pix.

“M CON is one of the most professionally run teams in offshore racing and this is an exciting decision by the current Super Cat national champions,” Rangoonwala said in a P1 Offshore press release issued this morning. “They are always looking to break new ground in promoting and marketing the team, with Tyler and Lindsey bringing to the sport the outstanding energy and skills they demonstrate in running their successful M CON company. This significant development is a testament to our ambition to return the UIM Class 1 championship to the pinnacle of powerboat racing.”

Nailing the Setup At The PlayTradez Great Lakes Grand Prix

New Boaz And Unnerstall Super Cat Team To Tackle Lake Of The... 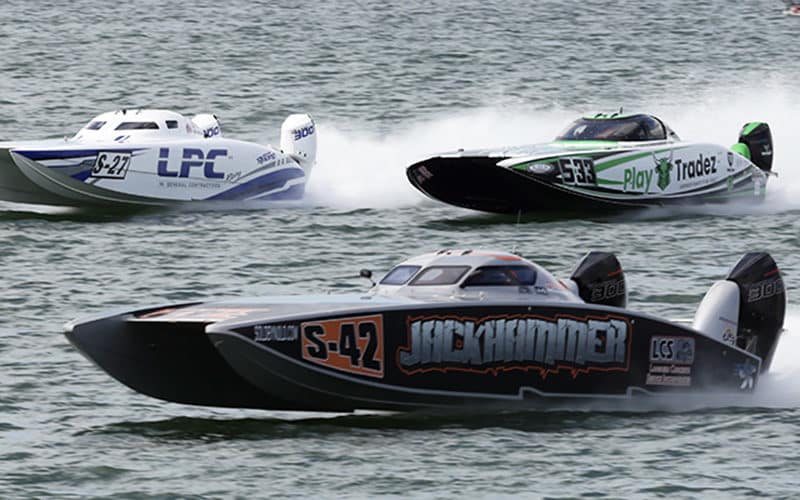 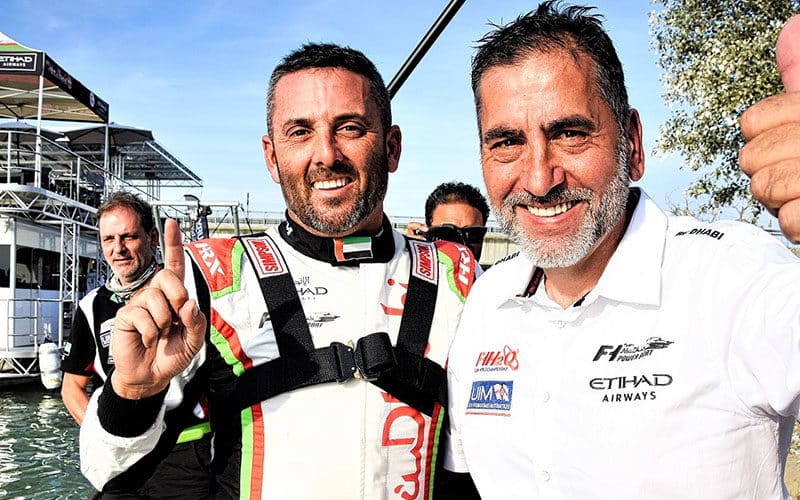 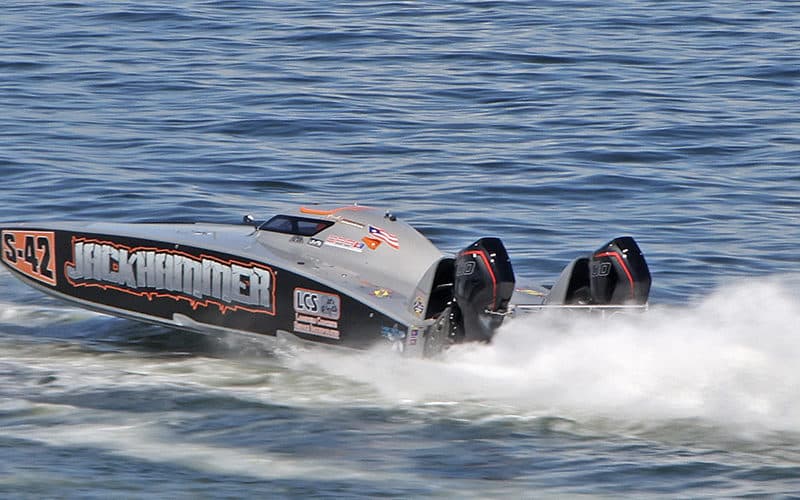