The P1 SuperStock USA fleet gathered in Biloxi, Miss., last weekend for the second round of the season, and once again the racing was fast-paced and exciting. Although this time around, one team—Andy Biddle and Tracy Blumenstein of Livorsi—dominated the competition by winning all four heat races, including two come-from-behind victories in the third and fourth heats of the Biloxi Grand Prix of the Sea. 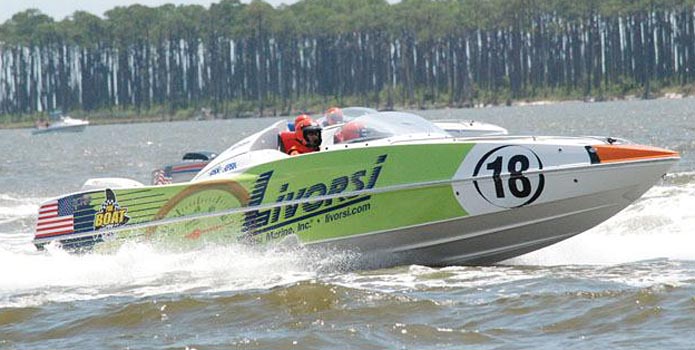 Andy Biddle and Tracy Blumenstein ran a flawless race in the Livorsi Marine-sponsored 28-footer to earn the victory in Biloxi.

The team was near faultless while guiding its P1 Panther 28SS around the 1.7-mile course to claim the first clean sweep in the championship’s short history. Rounding out the podium behind Livorsi was Pier 57 driven by Eric Treadwell and throttled by Jason Roesch and MYCO with Bill Kingery at the wheel and Elijah Kingery on the sticks.

Following a handful of spinouts, which teams recovered from and kept racing, Blake and Brock Gratton in Peters & May flipped their boat while pushing hard for valuable championships points on the first lap of the third heat, nearly taking out the MYCO crew. The Gratton brothers were OK despite being the third boat to flip this season. (Two boats rolled in the opener in St. Cloud, Fla.)

The P1 SuperStock USA Championship moves to Pittsburgh in June for the third round. 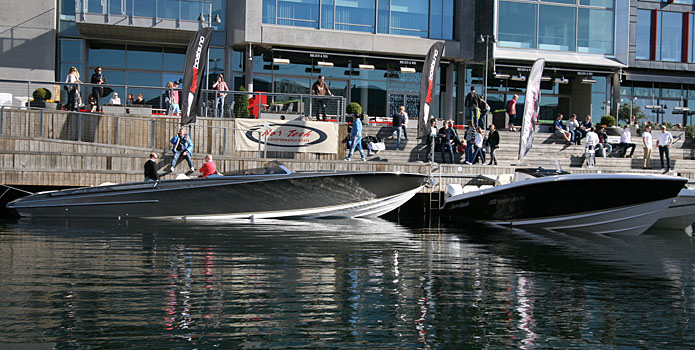