Two weeks ago, Justin Wagner of Wave and Wheels in Osage Beach, Mo., headed to DCB Performance Boats in El Cajon, Calif., to guide head rigger Deron Rettke and the rest of the DCB crew through the first installation and tuning of his custom marine interior and audio company’s Bluave coaxial speaker and subwoofer components—introduced earlier this year—in the first DCB M44 catamaran to hit the water. The DCB project followed on the heels of Bluave installations in a new Outerlimits SL 44 V-bottom and a new Sunsation 34 CCX performance center console.

“I ran into (DCB ownership group member) Tony Chiaramonte in February while we were doing a demo Bluave system for Horizon Motorsports,” said Wagner. “That was his first chance to hear the system, and he was really impressed.”

With the first Bluave system installed in a DCB catamaran going into a new model, Wagner opted to head to Southern California and help Rettke fine-tune the setup. Like Chiaramonte, the renowned rigger was impressed with the sound quality and fidelity.

Deron Rettke: “With the Bluave speakers you can hear every instrument.”

“Justin came out and worked with us on speaker placement and tuning,” said Rettke. “You can tune his speakers way lower than anything else I’ve experienced and still have clarity, volume and a full range of sound. With most speakers, if you tune them below 100 megahertz you lose something, but with the Bluave speakers you can hear every instrument. I was blown away.”

In the near future, two more DCB offerings—the All Spooled II M44 catamaran and an M31catamaran reportedly going to a well-known and respected Southern California high-performance marine engine builder—will be outfitted with Bluave sound systems.

“It’s definitely getting out there,” said Wagner. “And the reception has been awesome.” 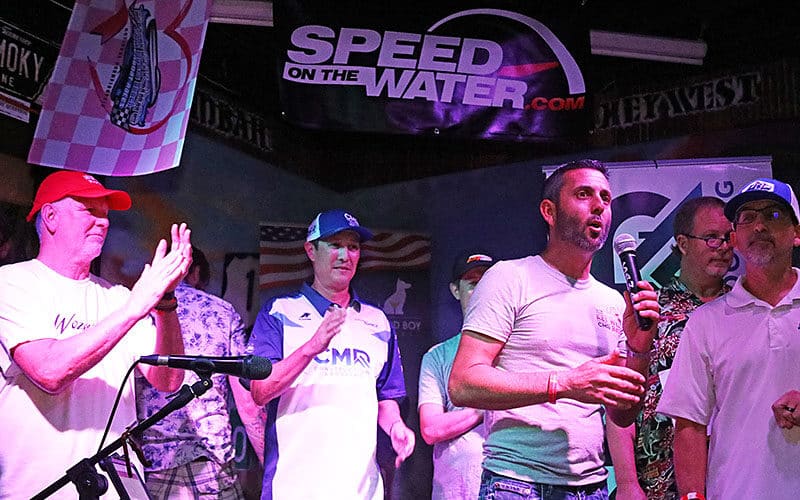