Your go-to source for performance boating.
HomeIn the NewsLake of the Ozarks Shootout Raises $100,000

As one of many sponsors of the Lake of the Ozarks Shootout, SpeedontheWater.com is pleased to report that the 2012 Shootout in late August generated a six-figure dollar amount for the first time in the event’s 24-year history. According to organizer Ron Duggan, owner of the host property, Captain Ron’s in Sunrise Beach, Mo., the event raised $100,000 that is being donated to 22 different charitable organizations. 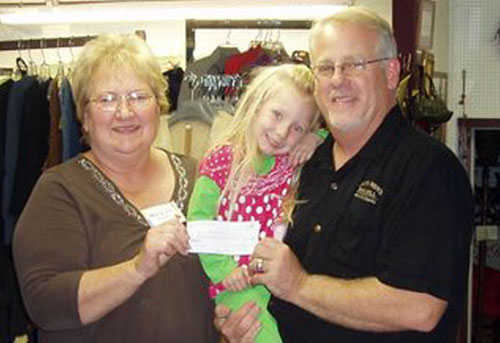 Captain Ron’s owner Ron Duggan (right) takes a lot of pride in the money the Lake of the Ozarks Shootout raises for the local community.

Recipients include the six local fire departments—the event began as a fundraiser for Lake of the Ozarks fire rescue services—and 16 other organizations such as Habitat For Humanity, the Make-a-Wish Foundation, Share the Harvest Food Pantry and more.

In a letter to sponsors, Duggan wrote: “You have made the difference in the lives of thousands of people around this community and I wish all of you could be at each presentation to see the reaction of these people when we hand them a check.”

Duggan also thanked the 569 volunteers who donated 6,400-plus hours to making the event the most successful in the history of the Shootout. In the five years Captain Ron’s has hosted it, the Lake of the Ozarks Shootout has donated more than $320,000 to many organizations around the lake.

Checking in with the Creative Dean Loucks