Your go-to source for performance boating.
HomeIn the NewsLake of the Ozarks Shootout Moving Street Party

Recently Lake of the Ozarks Shootout organizers announced a change to the event’s street party, which has been held on Bagnell Dam Boulevard since it was started in 2010. The popular Missouri event, which is celebrating its 25th anniversary this year (Aug. 17-25), is moving the street party to the Laurie Fairgrounds on Wed., Aug. 21, and changing its name to Shootout Party in the Park. 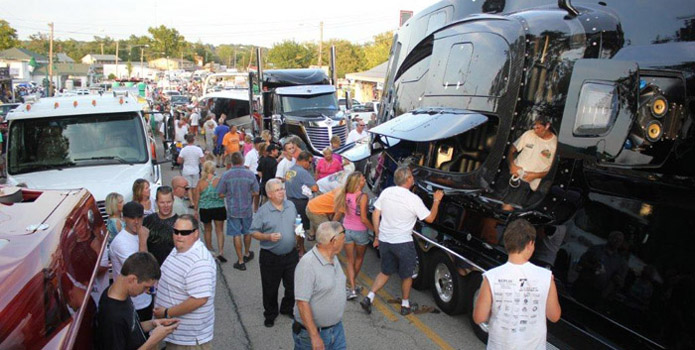 The street party, one of many activities during the weeklong Lake of the Ozarks Shootout, is being moved from the Bagnell Dam Strip to Laurie Fairgrounds. Photo by J.B. Simpson/LakeExpo.com

Ron Duggan, owner of Captain Ron’s Bar & Grill, which has been hosting the Shootout since 2008, was hoping the party would remain on the Bagnell Dam Strip this year, but after an open-container issue couldn’t be resolved, the party had to find a new home.

Our friends over at LakeExpo.com have a more in-depth story on why the party is leaving the historic Bagnell Dam Strip, but all you really need to know is that the venue has changed. And the good news is that Duggan believes that’s a good thing.

“The new location at Laurie Fairgrounds is going to give us a lot more flexibility,” Duggan said. “First of all, we have the park for the entire day so there’s no rush to leave at a certain time. We can accommodate about 80 or 90 boats and there are campsites and RV hookups available. Along with live entertainment and two beer gardens, we’ll have a lot of vendors, a variety of food options and bounce houses for the little ones.

A little more than a month away, Duggan added that he’s looking forward to all of the festivities surrounding the 25th anniversary of the top-speed event.

In other Shootout-related news, the event’s hefty program guide is now available online. You can check it out here.

Live Now! Speed On The Water Magazine Issue No. 2