If this weekend’s Kuttawa Cannonball Run in Kentucky is anything to go by, predicted pent-up demand for go-fast boating event in light of the COVID-19 shutdown is real and bodes well for early summer happenings.  The fourth event has attracted a record-setting 140 registered boats, which is more than doubles its 2019 total.

“We’ve already run out of stickers,” said Stephen Miles, one of the run’s organizers, of Stephen Miles Design in Owensboro, Ky. “So we are at least at 140 boats right now.”

Those who arrived early enjoyed a fun run today to Barkley Lodge followed by a raft-up. The fleet returned to Kuttawa Harbor, this time for another raft-up around a houseboat owned by Miles and a friend.

Nothing formal is on the schedule this evening, but Miles and company are organizing a “half-pot” raffle with half of the proceeds from ticket sales going to the winner and the other half going to Sophia Fiore, the first daughter of Outerlimits Offshore Powerboats founder Mike Fiore. (Miles credits Fiore with giving him his boat-painting-career start.)

“We came back here to put out no-wake signs,” said Miles. “We ended up taking out the houseboat into the harbor, and people have been rafting off of it ever since. I think we’re going to hang out for a while.”

Tomorrow’s run will be followed by a tented outdoor awards celebration catered by food trucks. Speedonthewater.com chief photographer will return to capture all the action. 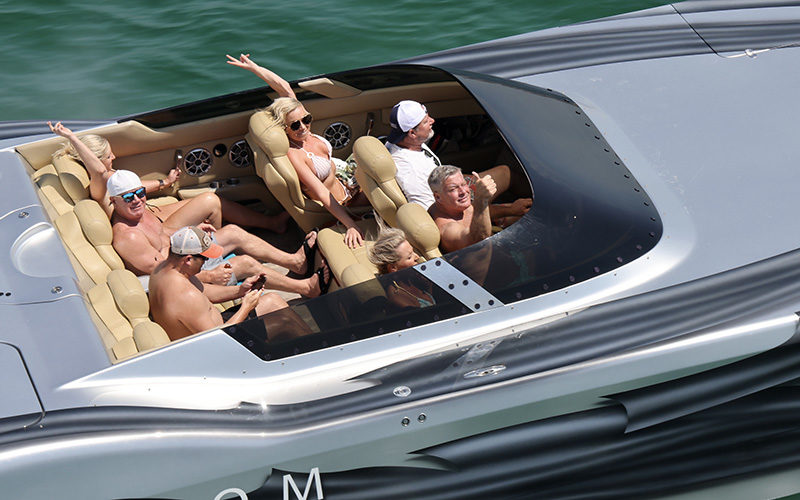 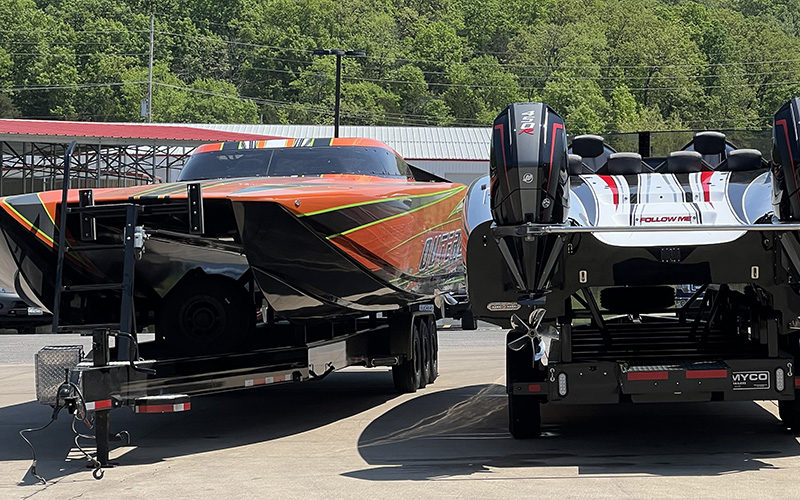