The buzz in the Super Stock-class team ranks about who would buy Killer Bee, a 32-foot Doug Wright raceboat with a spectacular Doug Harrell Design paintjob—and get one of the best deals in offshore racing—has been going strong since Jim Denooyer, its original owner, put the cat up for sale. Built in 2018 and rigged by Grant Bruggemann of Grant’s Signature Racing, the carbon-fiber 32-footer was priced at $275,000 and came with two additional powerheads, a custom trailer and more.

Yesterday, that question was answered. Al Penta, a Connecticut-based businessman in the advertising and print industries, purchased the boat from its former owner.

Offshore racing fans will know Penta from the Pro Stock V-class ranks, where he ran a stunning V-bottom called Phase05 this season as a rookie driver with veteran throttleman Jay Muller. Penta and Muller competed in several races together in the American Power Boat Association Offshore Championship Series produced by the Offshore Powerboat Association and Powerboat P1, as well as OPA’s own event in Point Pleasant Beach, N.J.

Penta said that he and Muller may run the boat together next weekend in the OPA Lake Hopatcong race in N.J., just to get some seat time. Though he plans to run a full season in the Super Stock class in 2020, he is still considering running with Muller at the Race World Offshore event next month in Key West, Fla.

“I can get there as a driver, but I’m not sure about my crew,” he said. “Right now, I’m about fifty-fifty on whether I’ll run in Key West.”

Beyond swapping out the Killer Bee name for Phase05, Penta has no plans to change the catamaran’s stunning paintjob.

“I have to keep it,” he said. “With the American flag and all the rest, it’s just too nice.” 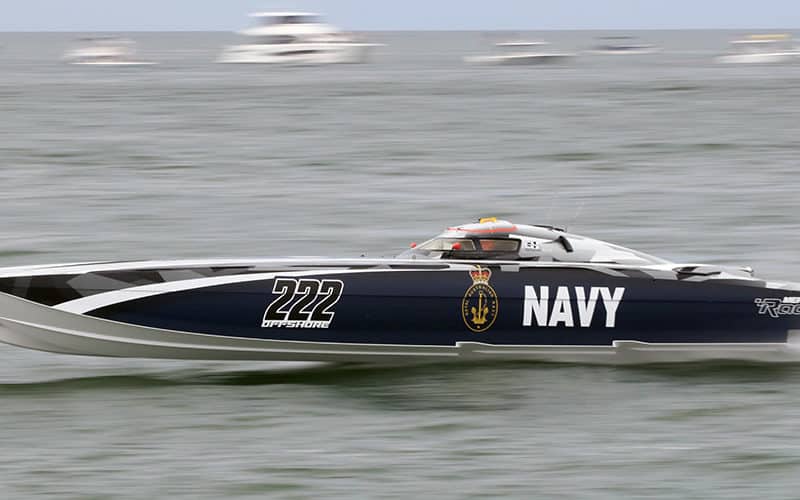 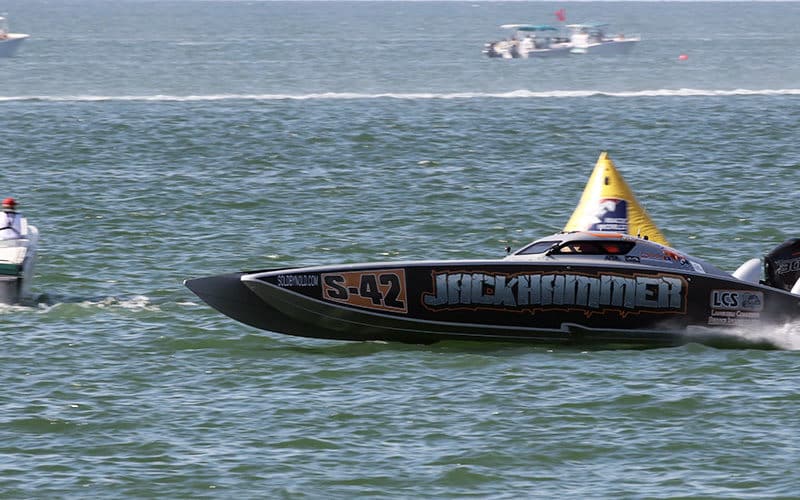