Your go-to source for performance boating.
HomeIn the NewsKey West Turns the Big 2-0 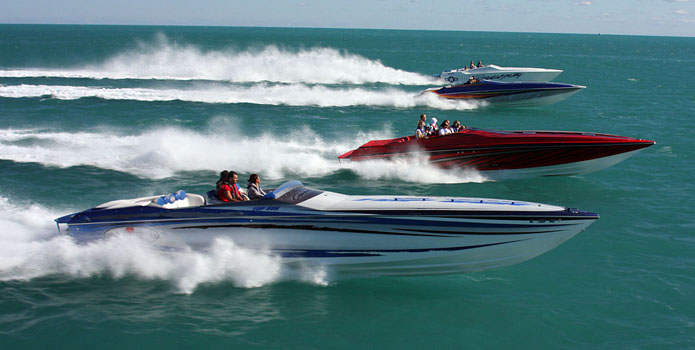 “I’m not saying that time ‘flew by,’ but the memories from the earlier days are still very vivid in my mind. It honestly doesn’t feel like it’s been 20 years—I can’t believe how much the event has evolved. We’ve overcome so many hurdles to keep the poker run safe and exciting while trying to make it so it’s not the same event every year.”

With less than a month to go until the Florida Powerboat Club hosts the Key West Offshore Poker Run for the 20th time (Nov. 6-12), club president Stu Jones summed up his thoughts on how far the event—arguably the most desirable run in the country—has come since he organized the first one in 1993.