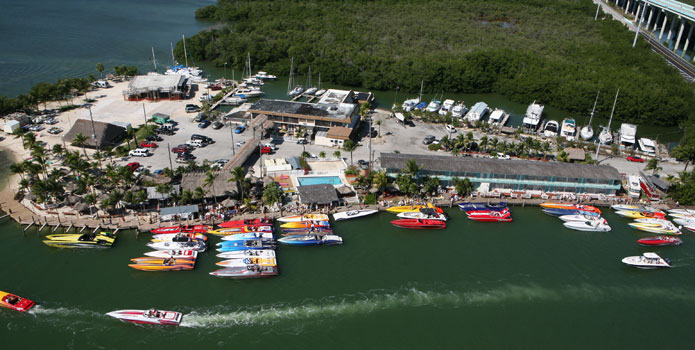 Participants in the upcoming Key West Poker Run in early November will get real-time information on the event via text messaging on their mobile phones. The Florida Powerboat Club, which is celebrating its 20th year of putting on what has become its flagship event, has reached an agreement with AT&T that will enable the club to provide event updates to all registered teams. According to Stu Jones, the president and founder of the Pompano Beach, Fla.-based organization, that should translate to 150 boats and their crews this year.

“We’re taking advantage of the technology that’s out there, so we’ve signed a deal with AT&T for a mobile communications feature,” Jones said. “With this setup, we can text participants throughout the event with details like weather changes, course changes and information about the photo helicopter, or even something as simple as somebody has broken down and needs a tow.”

Teams will receive a “Text-To” code during their respective drivers’ meetings. (The run has multiple start days). Once they send their initial text, text updates will reach them automatically.

Jones said the system will offer another unexpected but much-appreciated benefit.

“Perhaps the most amazing thing is it will eliminate my need for the bullhorn at Gilbert’s after lunch when I have to tell people it’s time to go,” he quipped.