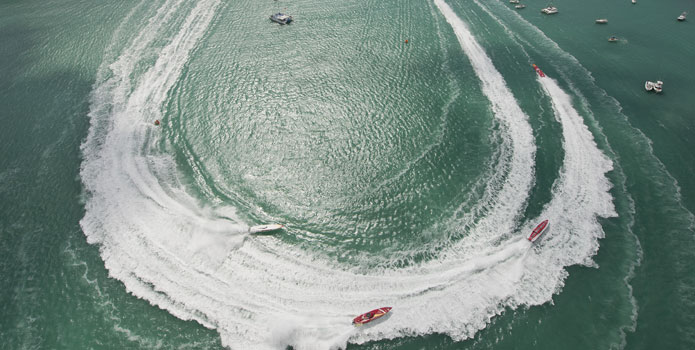 “I spoke with John (Carbonell, SBI president/owner) and John is entertaining offers from other cities,” Rossi said in his interview with Becker. “When John gets his offers in from other cities and we see what other cities have submitted to John, John’s assured me that he will come back to us and tell us what he’s looking for with these races.”

Asked by Becker if Key West could compete with the offers from other cities, Rossi responded, “We’re going to try to, and at the end of the day I think we will.”

According to the radio report, Carbonell is “still waiting for a proposal from Key West” before making a decision, which he will announce by the end of the year, on next year’s world championships. City manager Vitas said he feels confident that Key West will keep the races.

“I don’t think that they’re going to leave Key West,” he said during his interview with Becker. “We’ve had some good meetings with John Carbonell, both last year and this year. The fact that they got less funding from the TDC I think is the bigger issue than it is for the city and our support of the powerboat races.”

‘Year In Pictures’ Propels Latest Speed On The Water Digital...