With the 2012 Super Boat International Key West Offshore World Championships less than a month away, the Key West Sector of the United States Coast Guard is still working to complete the reports on its two accident investigations from the 2011 event. While U.S.C.G. sector commander Gary Tomasulo said he expected the reports on the accidents that claimed the lives of Bob Morgan, Jeffrey Tillman and Joey Gratton to be complete in July, he also said he is not surprised and that during the process the Coast Guard has been providing feedback to SBI.

“One of our requirements that came out of the investigations is for each team to file an escape plan for its boat with SBI, and for the rescue teams to be familiar with each team’s escape plan,” said Tomasulo. “All of these boats are different—no two are exactly alike.

“That’s about all I can say at this point, other than we have been communicating frequently with SBI throughout our investigation,” he added. 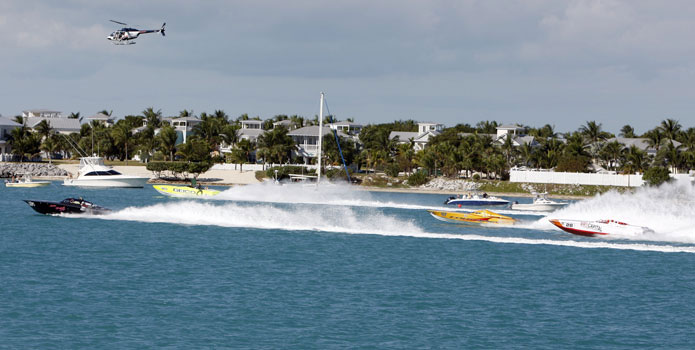 The 2012 SBI Key West World Championships are scheduled from Nov. 4-11.

Tomasulo explained that acquiring all the documents the Coast Guard needed has accounted for some of the time it has taken to file the reports. The Morgan and Tillman accident and the Gratton accident are being handled in separate reports as they were different incidents on different days. Once the reports are complete, they will be sent to the U.S.C.G. state headquarters in Miami and, if they are not sent back to Key West for revisions or additions, they will be sent to U.S.C.G. federal office for final approval.

“Either office can send them back to us if they want something else, so when we finish here that doesn’t necessarily mean we are done,” said Tomasulo.

Tomasulo added that his agency has, however, completed its part of the approval process of the permit for the SBI Key West Worlds next month.

“The Coast Guard is just one part of that permit process,” he explained. “Key West is a National Marine Sanctuary so there are a lot agencies involved.”