In any given year, a few Super Stock-class raceboats run in the Lake of the Ozarks Shootout course. Their participation is more about putting on a show for the fans and claiming top-speed bragging rights than head-to-head competition, which they save for the offshore racecourse. But it’s always fun to watch as teams from CR Racing to Performance Boat Center, many of which claim the Central Missouri lake as their home-water, tackle the three-quarter-mile course.

For the time first in the 32-year history of the Lake of the Ozarks Shootout, a Victory-built raceboat will run down the course. Photo from the 2019 Sarasota Powerboat Grand Prix by Pete Boden copyright Shoot 2 Thrill Pix/speedonthewater.

All of those boats have been 32-foot Doug Wright catamarans. Set for August 29-30, this year’s event will feature something new to the Shootout course, a 32-foot Victory catamaran called Jackhammer and owned by Iowan Reese Langheim. It will the first time a raceboat from the Dubai-based builder has graced the Shootout course.

“Ricky Maldonado (a Victory representative) and I ran the 32-foot pleasure version down the course last year,” he said. “We are running the 32-foot raceboat this year.”

Langheim said he will make at least one pass in the boat with Maldonado, his throttleman. His wife, Sara Elizabeth, will tackle the course at least once with Maldonado’s son, Julian. With the fragility of what’s left of the offshore racing schedule—three Offshore Powerboat Association events are still on the schedule—it could be Langheim’s only chance to run Jackhammer in a competitive setting.

“We wanted to race, but it is what it is and we’ll get through this and make it happen,” he said.

Low Altitude Mystic Returning To Lake Of The Ozarks Shootout

Outerlimits Fun Run Returning To The Lake of Ozarks 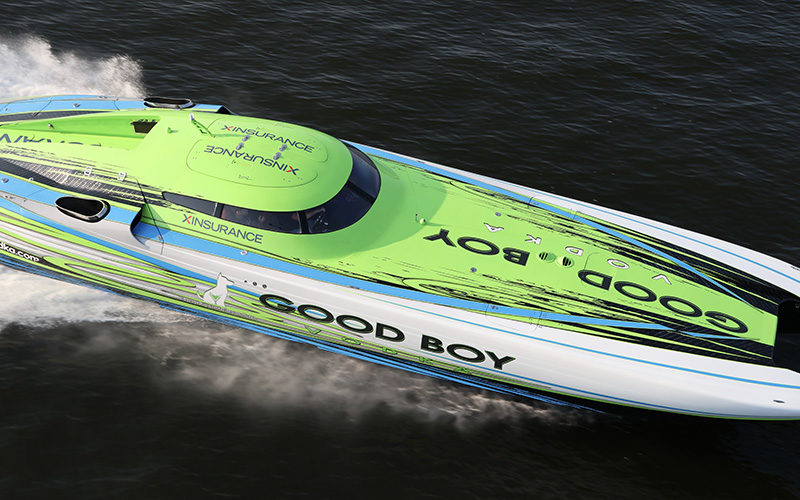