Your go-to source for performance boating.
HomeMagazineInside SOTW Mag: Sum Of Its Parts – Lake Of The Ozarks Shootout

Inside SOTW Mag: Sum Of Its Parts – Lake Of The Ozarks Shootout

Inside SOTW Mag: Sum Of Its Parts – Lake Of The Ozarks Shootout

Though the two days of top-speed runs that anchor the annual Lake of the Ozarks Shootout in Central Missouri always produce memorable moments, some years have more of those moments than others. In that context, the 2019 version won’t be remembered for many memorable performances on the racecourse, though there were a few.

Ron Szolack’s Skater Powerboats 388 rocketed to 173 mph at the 2019 Lake of the Ozarks Shootout in Missouri. Photo by Pete Boden/Shoot 2 Thrill Pix

A missing person—later to be determined as an accidental drowning—in the spectator fl eet shut down the course early on Saturday. Overcast ruled the weekend and, per Shootout tradition, Sunday’s spectator fl eet was a shadow of its Saturday self.

The overall Top Gun team to beat for the past four years, American Ethanol struggled with mechanical issues and only reached 201 mph on the three-quarter-mile course. For any other boat that competed this year, that would have been an extraordinary achievement. For the 51-foot American Ethanol Mystic equipped with 9,000 hp worth of piston-engine juice and throttled by Shootout superstar John Cosker, however, it was underwhelming.

Fortunately the speed runs are just one element of a weeklong event that includes a high-performance powerboat exhibit dubbed the Shootout On The Strip on Wednesday evening, Performance Boat Center’s epic and open-to-allcomers welcome party the following night and a poker run on Friday morning.

And then there is Super Cat Fest at the Camden on the Lake Resort, which runs concurrently and mostly independently of the Shootout on Thursday, Friday and Saturday. Organized by Alvin Heathman and Nikki Sorenson, Super Cat Fest, which celebrated its 10th year, attracts the most outrageous custom catamarans from around the country and is home to the Shootout’s Saturday night live auction.

In short, the whole of the Lake of the Ozarks Shootout is greater than the sum of its parts. Sometimes the competition is exhilarating and dramatic. Other times other elements carry the event overall.

To enjoy the complete feature, click the download link for the PDF of the July/August 2019 Speed On The Water magazine, and please share any feedback with us below, via email or on social media. 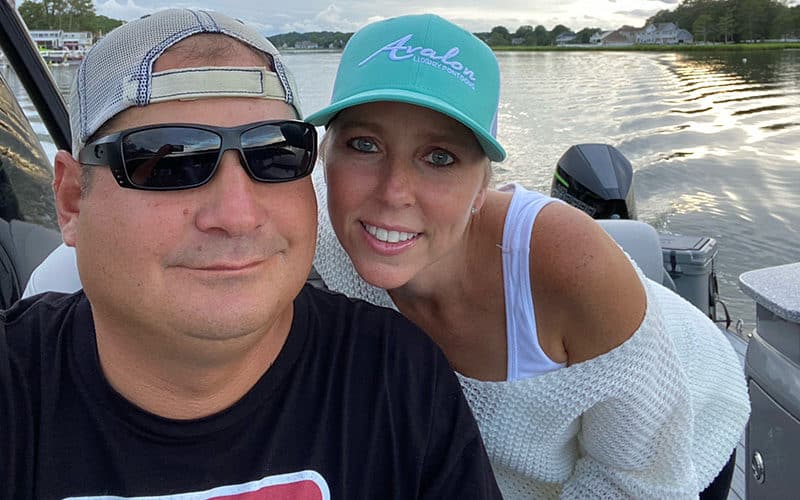