Your go-to source for performance boating.
HomePeoplePeopleDoubling The Smiles

By handing off a couple of her usual responsibilities during the Lake of the Ozarks Shootout this year, longtime event volunteer Tiffany Maasen was able to focus more of her time and energy on her favorite part of the event, the heart-warming Wishing On A Ride Powerboat Rides. In doing so, Maasen and a dedicated team of volunteers added an extra day of giving kids and families facing serious illnesses and disabilities a once-in-a-lifetime experience in a go-fast boat.

From left, Macy, Lathe and Max of northeast Missouri, enjoyed a spin in an MTI catamaran during Sunday’s Wishing On A Ride Powerboat Rides at Redhead Yacht Club. Photo courtesy Tiffany Maasen

So instead of just the Thursday afternoon rides taking place at the Shootout’s host location, Captain Ron’s in Sunrise Beach, Mo., tomorrow, Maasen organized a Wishing On A Ride event for last Sunday (August 18) at Redhead Yacht Club and Performance Boat Center in Osage Beach. With two different dates at two separate locations to allow for optimal participation opportunities, she said the response has been even more amazing than she expected.

“There were a couple of reasons why we decided to add another day to the Wishing On A Ride part of the Shootout,” Maasen said. “Brett (Manire) and Mark (Waddington) of Performance Boat Center and Redhead Yacht Club really wanted to do something with us because they are always too busy with everything else going on to participate in the normal Thursday event at Captain Ron’s. Plus there are a lot of Make-A-Wish families that are unable to make it to the lake during the week so having one of the ride days on the weekend gave them an opportunity to take part in the event.

“Having it at Redhead Yacht Club on Sunday worked out great—we had unbelievable participation numbers,” she continued. “The weather was perfect and so many of the families were able to plan a full weekend out of it. I think we had 24 Make-A-Wish families stay the night at one of the hotels and condos that were donated by local businesses and individuals. The community support for this event is huge. We even had local pilot Tom Cline donate his time and his equipment to provide helicopter rides to the families. That was pretty special.” 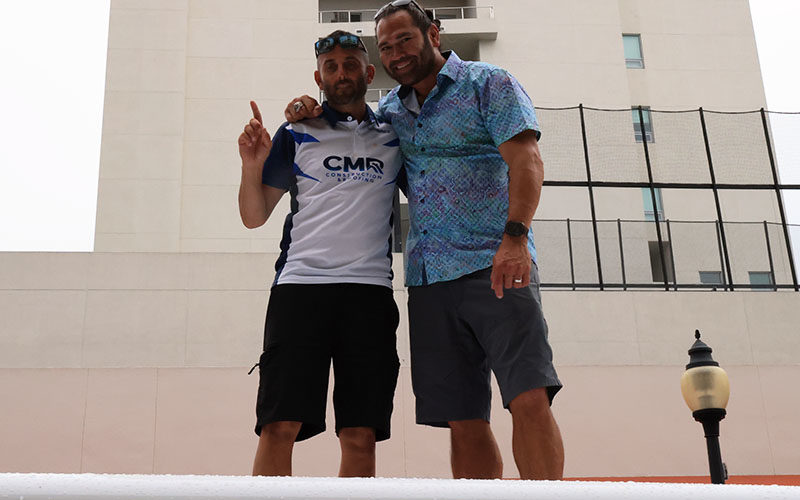