Far and away the biggest event in the West Coast go-fast boating world, the annual Desert Storm Poker Run in Lake Havasu City, Ariz., is led by a human dynamo named Christina Nichols. The daughter-in-law of Desert Storm founder Jim Nichols, she picked up the lead organizer reins two years ago and has a strong hand in everything during the weeklong happening, including Thursday night’s street party, Friday’s 150-plus-boat poker run and Saturday’s top-speed shootout.

In the male-dominated world of high-performance powerboating, some of the top event organizers are women. Photo from the 2019 Jacksonville River Rally and Poker Run courtesy/copyright Pete Boden/Shoot 2 Thrill Pix.

Across the country in Florida, Yvonne Aleman is crucial in bringing the annual Jacksonville River Rally and Poker Run to life. With 30 to 40 boats in the mix each year, the charity-based Jacksonville event is significantly smaller than Desert Storm. Then again, Aleman and her boyfriend, Greg Harris, who is the public face of the event, have all of two volunteers—them—on staff. Harris is the up-front guy, while Aleman pretty much handles all of the essential, but far less glamorous, details behind the scenes.

And then roughly in the middle of the country you have Shannon Radtke, who has organized the Four Horsemen Poker Run in Wisconsin for the past 10 years. While Radtke has a business partner in Sweetwater Performance Center and Marina owner Jason Lindemann and an even closer partner in her husband, Brian, a professional portrait photographer who focuses on capturing image of Four Horsemen participants off the water, the vast majority of the organizational details rest on her shoulders.

Nichols, Aleman and Crane share more than their gender in what is a decidedly male-dominated activity. They’re strong and assertive—and they need to be in what can be a ferociously detail-oriented job. There are plenty of alpha males in the go-fast boating world, and not all are receptive to having a woman in charge of an event.

Four Horseman Poker Run organizer Shannon Radtke has her husband, Brian, to provide moral support—and images of participants off the water during the Wisconsin-based event. Photo by Brian Radtke/Media One 7.

“Being a woman in this industry can be very challenging,” said Radtke, who makes a living as a registered nurse and a group fitness manager. “A lot of men don’t think we can do it. They are few and far between—I don’t encounter than many—but I am never going to change their minds. You just have to shrug your shoulders, say ‘That’s just the way it is’ and move on.’

“Having two careers that enables me to wear different hats is an advantage,” she continued. “I think sometimes women are more emotional—and more empathetic—by nature. We have a softer touch, and that can work in our favor because it allows me to get respect from some men who would like to run me over. I can take a different approach with everyone. I can put on my ‘nurse nat’ if I need to. I can even put on my ‘mom hat’ if I need to.”

Like Radtke, Aleman has more than one day job. She’s a certified public accountant and a professional dog breeder, and the daily skill sets she uses in both gigs help her as an event organizer. Like Radtke, she sees advantages and disadvantages to being a woman who organizes a go-fast boating happening.

“I organize events for different organizations,” said Aleman “When it comes to dog shows, women are regarded the same as men and you don’t have men on a power trip. With performance boating, you are definitely working with different personalities and men who sometimes are not accustomed to a woman setting them straight.”

By the time their respective events are finished—and both already are in the books this year—Aleman and Radtke always question if they want to do it again. Those questions aren’t just appropriate—they’re essential. Neither wants to burn out. Neither wants to end up bitter. Because regardless of your gender, organizing go-fast boating events takes passion and commitment. If you don’t really want to do it, you should stay far, far away from it.

“Organizing can be very tedious,” said Radtke. “But it’s exciting in at least one aspect, because I know the end product will be very fulfilling. Every year, I got to see so many friends who have become our extended family.” 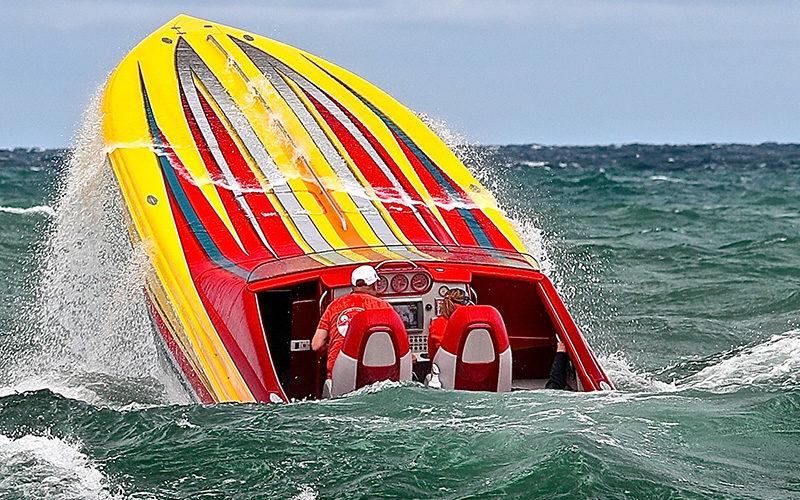 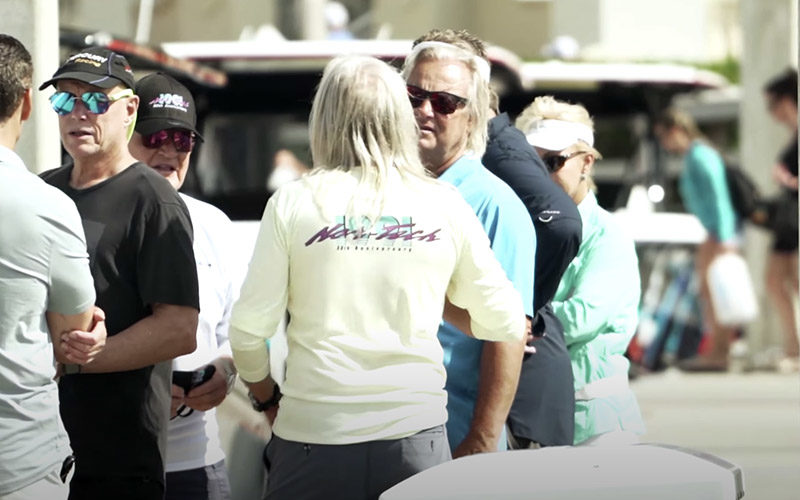 In The Lead Video Series Flashback: Trond Schou And Nils Johnsen Of Nor-Tech