When Fred Reavis took delivery of his new MTI-V 42 luxury performance center console this summer, he knew he was getting a fun boat—he just didn’t know how much fun it would be. Because he has a 48-foot MTI catamaran powered by twin Mercury Racing 1350 engines that he thoroughly enjoys in events across the country as well as at his home lake in South Carolina and at his new second home in Florida, he wasn’t quite sure how gratifying a V-bottom that tops out at 80 mph could be.

Fred Reavis loves his new MTI-V 42, which was painted to match his 48-foot MTI catamaran (pictured in the slideshow below).

It turns out the MTI-V 42 is plenty satisfying, which is why Reavis has elected to bring both of his identically painted boats to the upcoming Key West Poker Run hosted by the Florida Powerboat Club. That’s right, he’s planning to drive the 48-foot cat in the run on Wednesday and then head back to Miami that evening to run the 42-footer to Key West in the club’s second trip on Thursday.

“It’s going to be busy, but we expect to have a lot of fun in Key West this year,” said Reavis, who enjoyed an epic trip to The Bahamas in September with his wife, Judy, in their new MTI-V 42 powered by quad Mercury Racing Verado 400R engines. “I’ve told Randy (Scism, owner of MTI) before that the 48 makes no sense at all, but the damn thing is a lot of fun. The 42, on the other hand, makes perfect sense. It’s sporty, great for running around with friends and my wife loves it because it has seats up front, a large cabin with a fridge, potty, shower, you name it.

“We had an incredible time with the boat in The Bahamas,” he continued. “We did a couple of nights in Freeport and spent the rest of week at Harbour Island. We ran into some nasty waves toward the end of the trip and the boat took them like a champ. I’m amazed at how well it runs and how solid it feels in big water actually.”

The slideshow above features a photo Reavis took of his new 42-foot center console in The Bahamas last month as well as a picture shot by Pete Boden of Reavis’ 48-foot cat during the 2018 MTI Owners Fun Run in March.

Reavis, who also owns a PlayCraft Boats pontoon with twin Verado 400R engines that he uses at home on Lake Murray, said he plans to leave the center console in Lighthouse Point, Fla., so he can use it to run around South Florida, the Florida Keys and The Bahamas. And of course, the 48-foot cat is going to continue to split time between Florida and South Carolina, giving Reavis a best-of-both-worlds scenario.

From Wall Street To 21st Street

Inside The Cockpit And Out 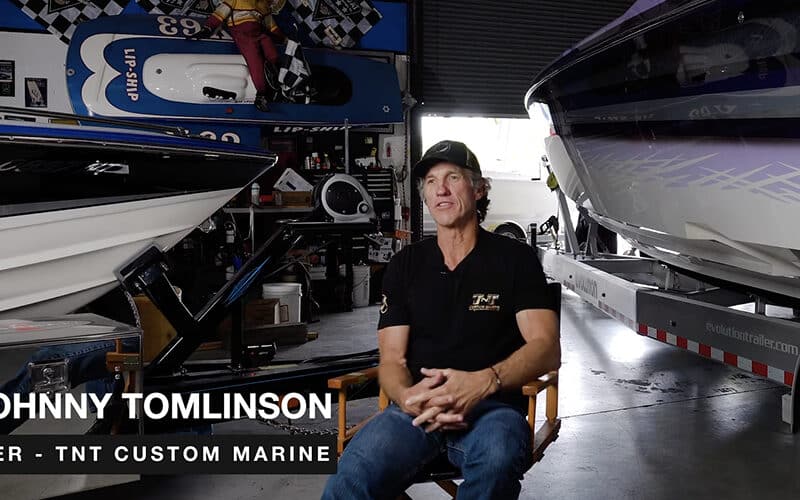