Regardless of their differences and similarities, poker run organizers and participants in Europe share at least one thing in common with their United States counterparts: They can’t control the weather. The opening day of Poker Run Dalarna, the fifth of six such events this summer in Sweden, a Scandinavian country roughly the same size as California but with less than one third of the Golden State’s population of 37 million—is happening under partially cloudy skies that are clearing quickly thanks to a stiff afternoon breeze.

It is the first sort-of-cloudy day they’ve seen here in weeks—one of the few on the summer, in fact.

This weekend’s event is based out of the Framby Udde Resort on the outskirts of the town of Falun, about three hours northwest of Stockholm. Today is an arrival and registration day for the run, which is organized by Mikael Hedberg, a gracious Swede who owns a 31-foot Formula sportboat.

Better to have a little gloom on day when folks are just pulling to town than during tomorrow’s that will cover approximately 60 nautical miles—with several card stops—on Lake Runn. 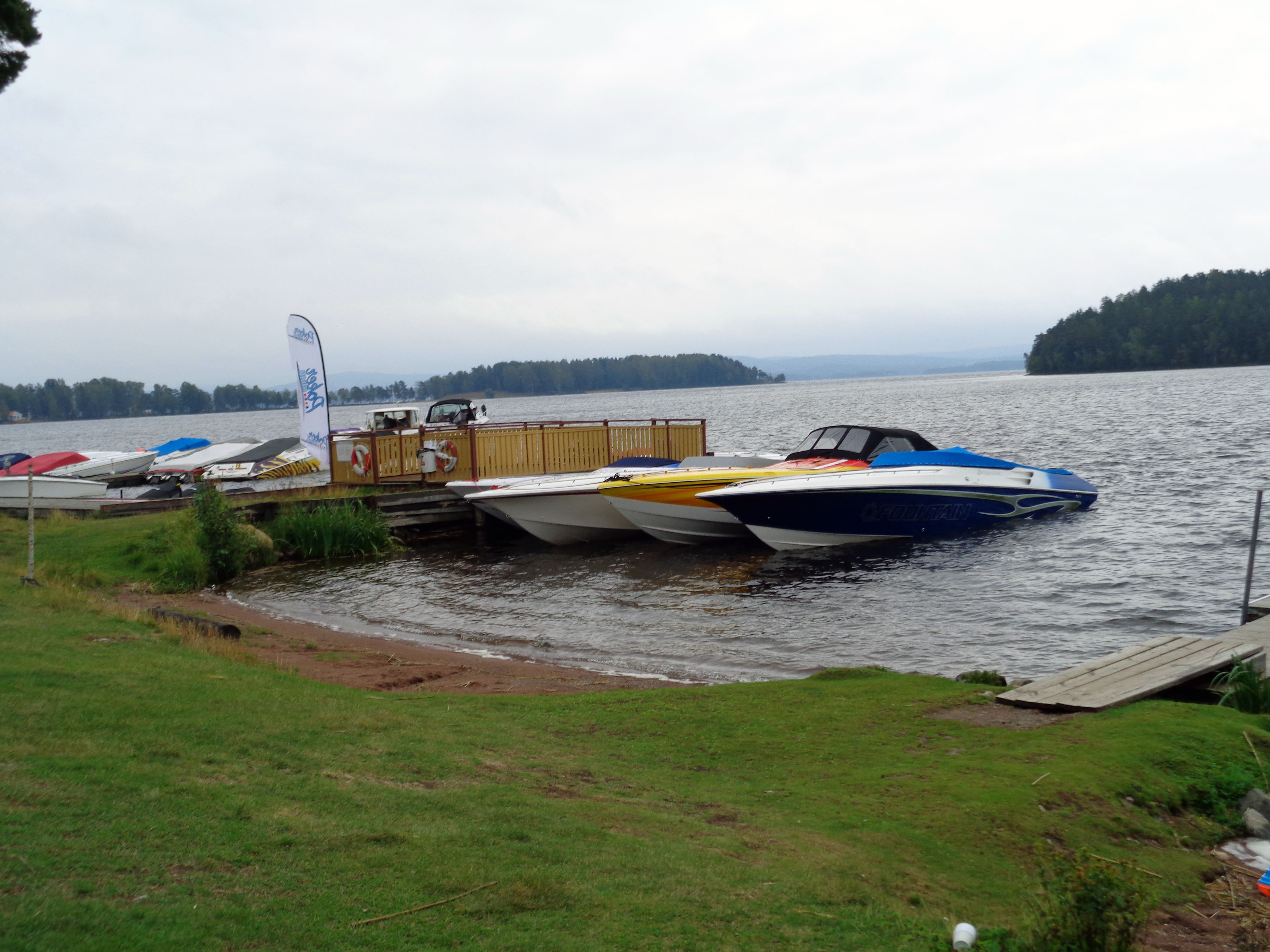 A healthy cross-section of V-bottoms is on hand for tomorrow’s poker run.

Two things a U.S.-based reporter notices immediately: There are no center consoles, outboard-engine-powered or otherwise, or catamarans to be found, at least so far. Sweden appears to be a land of V-bottom sportboats. Models from Apache, Cigarette Donzi, Formula, Fountain, Scarab and more currently comprise the 20-boat fleet.

“We are still fooling around with stern drives here,” the Stockholm-based owner of a 36-foot Apache said, then chuckled.

Hedberg said he expects the fleet to grow to 50 to 60 boats for tomorrow’s run. Tonight we head for dinner by boat with the organizers and our gracious hosts Vuokko Lahnalampi, Ulrica Persson and Helmich Hillen, who hauled his 27-foot Checkmate sportboat all the way from Holland to be here.

Afternoon view from the host venue (click image to enlarge).

The adventure is just beginning.

Quality Over Quantity The Focus For Nuchereno Memorial Run