Image of the Week: Walking In a Saris Wonderland

Image of the Week: Walking In a Saris Wonderland

What a difference a couple of months make. In early October, Jason and Johnny Saris were earning an Offshore Powerboat Association (OPA) 400 Class World Championship in their Saris Racing Engines V-bottom raceboat. Yesterday, photographer Tim Sharkey, who shot snowmobile racing in New York over the weekend, stopped by the Saris shop in Bolton Landing and snapped this photo of the 30-footer buried in snow. 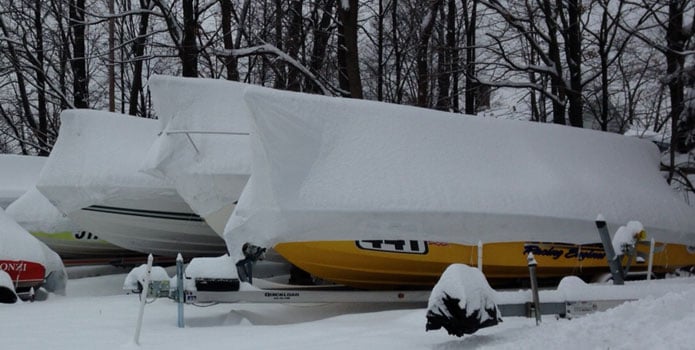 And we couldn’t resist it as our second Image of the Week this month. For most of the members of the go-fast boating community, this is a tough time of year—at least in terms of getting on water that isn’t frozen. And if the early beginnings of winter are anything to go by, it’s going to be a long one.

But this shot made us smile, not because the winning raceboat is snowed in and providing no joy to its owners, but because come spring it will return to the water and—with any luck for the father-and-son Saris team—its winning ways.

Image of the Week: Running Into The New Year