Image of the Week: Sudden Stop

Image of the Week: Sudden Stop

The buoyancy of a boat is a powerful force. Simply put, boats—at least those without gaping holes in their hulls—want to float. And yet, as this image captured by ace photographer Jay Nichols proves, even the most buoyant of hulls can get seriously wet if things go wrong. 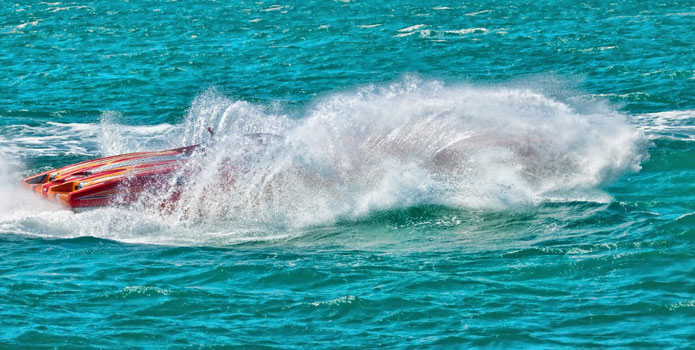 Nichols didn’t say what happened, but there are a couple of likely explanations. This could be a landing from a big launch where the driver chopped the throttles before the boat returned to the water. Or the driver could have just pulled back on the throttles as he approached the beach and the cat fell into a gaping hole between swells. One thing’s for sure: This colorful cat has come to a hard, rather wet stop in a hurry.

Regardless of how it happened, once again Nichols proves he is master of capturing the go-fast boat moment.