Since Hurricane Sandy slammed the New Jersey Shore in late October 2012, photographer Tim Sharkey has captured thousands of images of the devastation. With the catastrophic event now a few months behind us and the massive cleanup operation underway, it’s easy to forget—at least for those of us who don’t live in the area—how bad it was and how much work still needs to be done to “restore the Shore.” 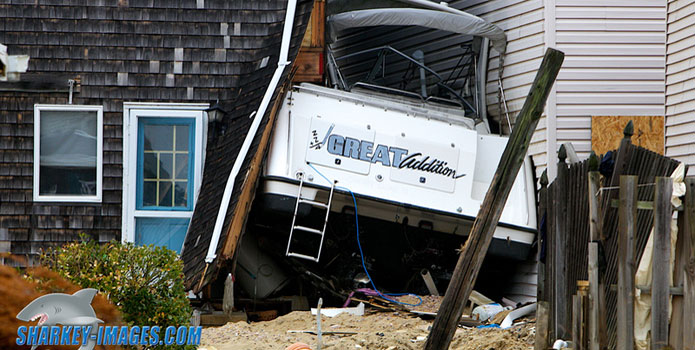 Even a heavy power cruiser became a displaced toy in the fury of Hurricane Sandy. Photo courtesy/copyright Tim Sharkey/Sharkey Images.

This image from Sharkey, which comes from the new Image of the Week section of his own website, presents not just an example of the damage done, but a reminder of how powerful and violent Hurricane Sandy was.

“Yet another victim of Super Storm Sandy,” Sharkey wrote in the caption above this image. “Puts a whole new meaning to putting a ‘great addition’ onto the house.”

Image of the Week: Turbine Wars