Your go-to source for performance boating.
HomeSpeed On The WaterImage of the WeekImage Of The Week: Horsepower Couple

During a visit to Skater Powerboats last week in Douglas, Mich., I spent a bit of time with Mike D’Anniballe of Sterling Performance Engines fame and his wife, Connie Cushing. The couple drove three hours-plus from their home across the state to be part of our upcoming our “In The Lead With Peter Hledin” video, which will be first of six episodes in the 2022 series.

Few people know Hledin, who founded Skater more than 40 years ago, better than D’Anniballe and Cushing as customers, and in D’Anniballe’s case as a vendor to the company. Skater has been installing Sterling engines in its catamarans for decades and Hledin still remembers the first time D’Anniballe showed up at the facility “with two engines next to a couple hay bales in the back of a pickup truck.”

“I thought they were going to be a disaster,” he said.

“I told Pete than I knew how to build an engine for a boat but I didn’t know to build all the stuff around one,” he said, then laughed again. “He said, ‘Just do whatever you think you need to do.’

“The first boat with Sterling power went 20 mph faster than it ever had with anything else,” he added. “So I guess it worked out OK.”

Connie Cushing handled the design of the cat’s exterior and interior color package.

A performance-boat enthusiast for most of her adult life, Cushing has owned several Skater catamarans and currently has a showroom-quality 30-footer with a pair of 750-hp Sterling engines under the hatches. Most recently, she designed the exterior and interior color scheme for a Skater 438—equipped with twin 1,850-hp turbocharged Sterling engines—owned by longtime Skater client Jerry Swanson.

So what better place to interview a true—and truly comical—power couple than on the stern of a Skater catamaran they both had a hand in creating? It was the perfect perfect background for this truly remarkable power couple.

Editor’s Note: The Speed On The Water Productions/Scrapyard Media “In The Lead With Peter Hledin” will go live in late February or early March. Look for announcement of the specific air-date later this month on speedonthewater.com.

Image Of The Week: Jack's Back And Is All Smiles With H... 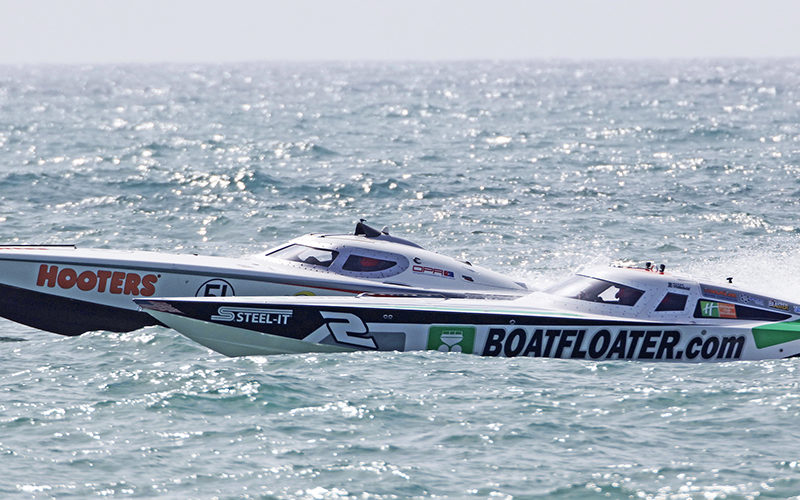 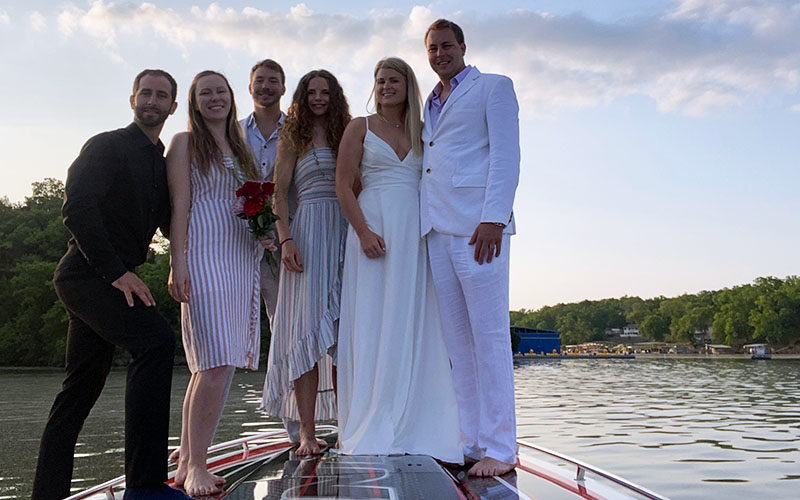