Sponsored by Iconic Marine Group and staged on the Pamlico River behind the company’s headquarters in Washington, N.C., the fifth annual Haulin’ Ass on The Pamlico Fun Run attracted a 42-boat fleet of vessels from pontoons and Skater Powerboats catamarans to an assortment of models from Baja Marine, Donzi Marine and Fountain Powerboats—all brands under the Iconic umbrella. The event was organized by vintage 40-foot Fountain sportboat owner Chris Bowers, who has put together the run with his brother, Brad Tarham, for the past five years.

“Nobody had ever done anything in this area so I started it with my brother five years ago,” Bowers said. “It was supposed to be the weekend before last, but we had a rain delay that forced us to reschedule and that cost us a few boats. But we still managed to have a great turnout and raise money for a great cause.”

The event, which included a raffle for a custom golf cart, raised almost $15,000 for two local breast cancer survivors. In addition to supporting members of the nearby community, this year’s happening also served as a memorial tribute to former Iconic Marine Group chief operating officer Joe Curran, who died in March after his own hard-fought battle with cancer. 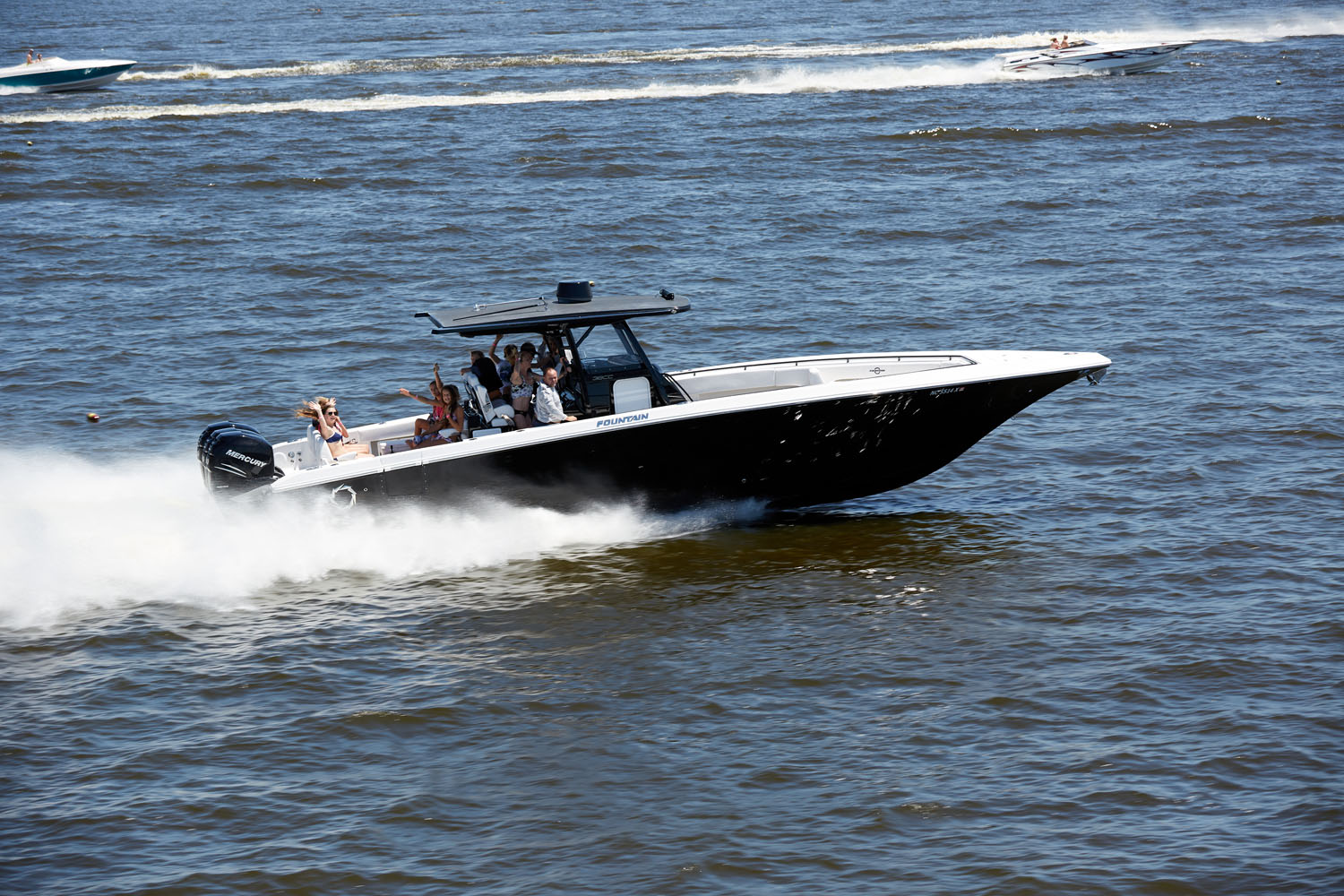 Check out the slideshow above for more images from the fifth annual Pamlico River Fun Run.

The run started with an on-the-water parade along the waterfront in downtown Washington and then progressed to stops in Bath, Belhaven and Blounts Creek. The day ended with a celebratory dinner and auction at the Iconic Marine Group factory.

Headlining the event was the first Fountain ever built—a 33 Executioner—in 1980. Revitalized to help celebrate the company’s upcoming 40th anniversary, the 33-footer was piloted by Reggie Fountain, Jr., and Pete Caldwell.