At the poker run village in Key West, Ed Champion of Lake Ozarks Marine (from right) stands with Jared Morris, Bob Teague and Joe Schaldenbrand in front of the Sunsation Boats 34 CCX demo model that Lake Ozarks Marine sold at the event.

Although he says his travel schedule won’t be as hectic at it was in 2013, we’re sure we’ll be seeing Ed Champion, sales manager for Lake Ozarks Marine and marketing director for MidwestBoatParty.com, at quite a few events in 2014. Among his highlights from 2013, the Lake of the Ozarks, Mo., resident counts trips to Arizona’s Lake Havasu and Florida’s Key West, which led to the sale of Lake Ozarks Marine’s 34 CCX demo model from Sunsation Boats. He also includes the growth of MidwestBoatParty.com as the popular forum registered its 20,000th member in 2013.

High: This is general, but the growth of our business is my high for 2013. We sold more than 30 boats in just our second year and we became a dealer for Sunsation in February and recently picked up Chief Powerboats. We also opened a new retail location in August—the old Raymond’s Boats in Osage Beach. I’m just real proud that we keep continuing to move forward.

Low: Almost everybody you’ve interviewed has touched on my low—the accident at Lake Cumberland. I knew Brad (Smith) really well and Jeff (Asbell), too. He was from the lake and Brad was only a couple of hours from here. We can’t bring them back, but I hope everyone learns from the accident. I don’t know what the answer is—I think speed limits are probably a good idea at events—but it would be nice to see some kind of self-regulating take place. 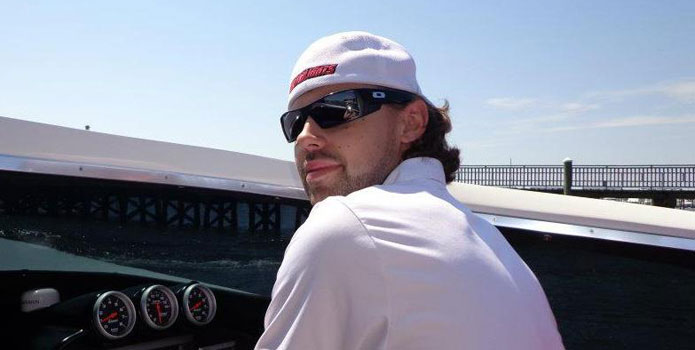