In what was his most disappointing race yet, Shaun Torrente felt robbed of his first Union International Motonatique F1 H2O World Championship victory on Sunday at the Grand Prix of Ukraine in Kiev. Despite holding the lead for most of the Grand Prix of Ukraine, Qatar Team driver Shaun Torrente lost the race after his engine failed with three laps to go. Photo courtesy Qatar Marine Sports Federation

The Qatar Team’s American driver, who needed a win to keep his title hopes alive, passed Finland’s two-time world champion Sami Selio early on and was in line for his first win until a yellow flag was raised on lap 26 of 32, after Ivan Brigada broke down on the course.

“Oh yeah I’m disappointed, it’s like it was too easy or something,” Torrente said in an interview this afternoon. “We were right there. I’d say it was bad luck, but our engine failed, it broke, period. That’s racing, but if we didn’t have the yellow flag the engine probably would have lived. It’s tough on the engine when you’re running hard and then you have to throttle down the rpm and then go right back at it again. I do think the yellow flag wasn’t necessary, but it definitely made the race more exciting.”

Torrente’s lead had grown to 7.36 seconds at the halfway point and he maintained his lead to lap 26 when the yellow flag was raised. With the boats bunched up when action resumed with just three laps to run, Torrente’s engine failed, enabling pole winner Selio of Team Mad Croc F1 to cruise to victory.

Torrente’s teammate and defending world champ Alex Carella maintained his title hopes with third position, although title rival Ahmed Al-Hameli of Team Abu Dhabi passed the Italian near the finish to extend his lead over Carella in the championship from eight to 11 points.

“It really sucks because (a win) would have been such a big swing in the points championship,” Torrente added. “I would have been right in it, and now I’m basically out of it. The positive thing is this will give us the opportunity to try out new things. The boat is crazy good—it drives unbelievably fast. We’re going to refocus and figure out a way to maximize its power and make it last until the end.” 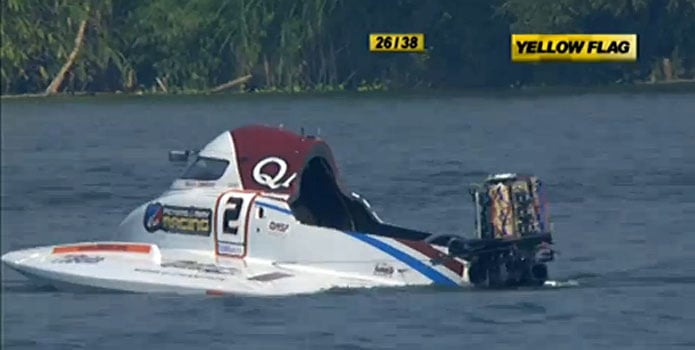 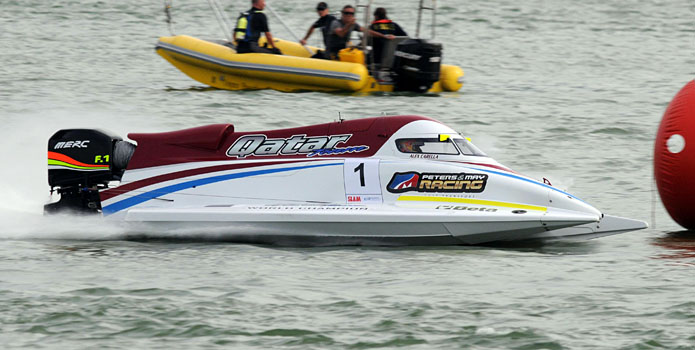 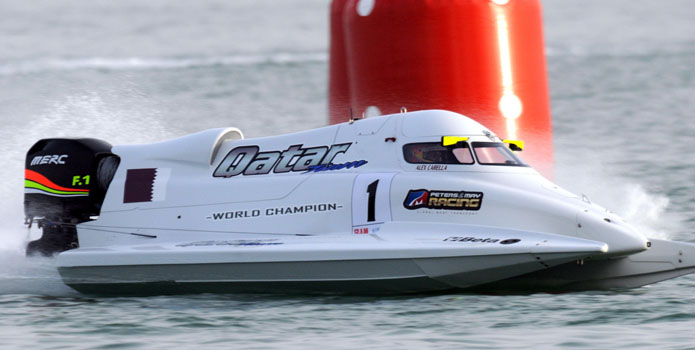