Your go-to source for performance boating.
HomeCommentaryHealing and Horsepower 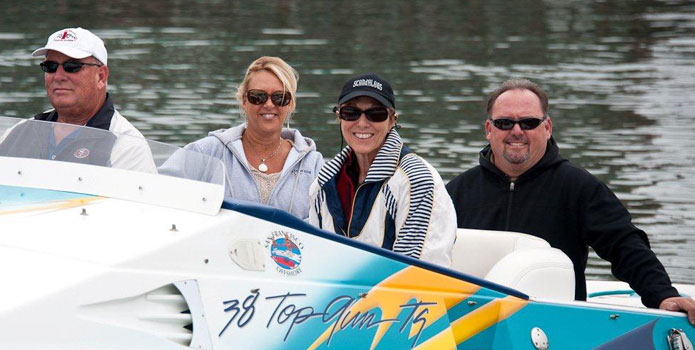 From the outside looking in, you could say that Carl and Betty Zanger have built a pretty sweet life for themselves since they married in the early 1990s. You certainly wouldn’t get any argument from either of them, especially when they stare into each other’s eyes like a couple of moonstruck teenagers, which happens often enough to get a stranger’s attention.

Successful in residential real estate sales in Northern California, they own a home in a hidden gem of a mountainside community called Los Gatos, which is about 90 minutes away from their second home in Discovery Bay on the Sacramento River Delta. At the dock in front of their waterside digs is an immaculately kept 2002 Cigarette 38′ Top, which they bought when it was all of six months old from its first owner and later repowered with twin Mercury Racing 700 SCi engines.

With five kids between them from their first marriages, Carl and Betty Zanger “grew up together”—so to speak—on the water. Their first boat was a 21-foot LaveyCraft that they used on the Delta every chance they got.