Though no one would like to be competing in the Supercat-class ranks more than Grant Bruggemann of the Pro Floors Racing team, which claimed the 2019 American Power Boat Association Offshore Championship Series title as well as the 2019 APBA High Points Championship for the class, COVID-19 forced offshore race cancellations have worked in his favor when it comes to his business. Bruggemann and the crew at Grant’s Signature Racing in Bradenton, Fla., have been flush with projects that most recently included rigging a trio of new 32-foot Doug Wright pleasure catamarans.

Powered by twin Mercury Racing 400R supercharged six-cylinder outboard engines, the first 32-footer has already been transported—minus the interior and windshield per the client’s request—to Lake Havasu City, Ariz. Each of the other Doug Wright cats is powered by twin Mercury Racing 300R naturally aspirated V-8 outboards. Earlier this weekend, Bruggemann tested one of the 300-hp outboard cats on Sarasota Bay. (The other is out of the shop having its interior installed.)

With 90 gallons of fuel and total weight of 5,132 pounds, the cat topped out at 111 mph in the two-foot choppy conditions, according to Bruggemann. Though they have ordered a set of new Mercury Racing 300-hp CNC propellers designed specifically for the 300R, 300X and 300XS outboards, they ran the cat with Mercury Racing’s 500-hp CNC propellers, which are better suited to 450R outboard applications. Still, Bruggemann was impressed with the performance. 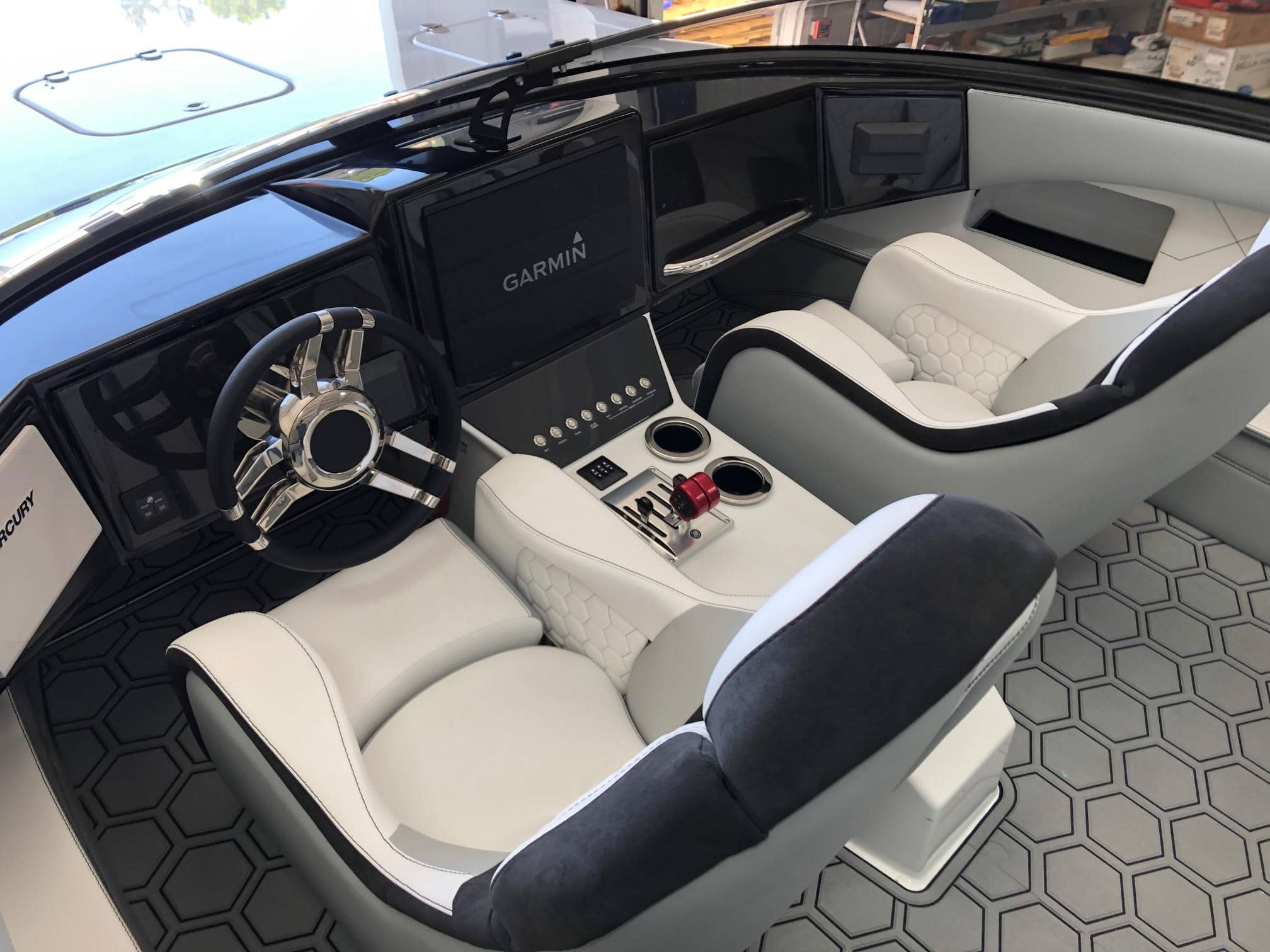 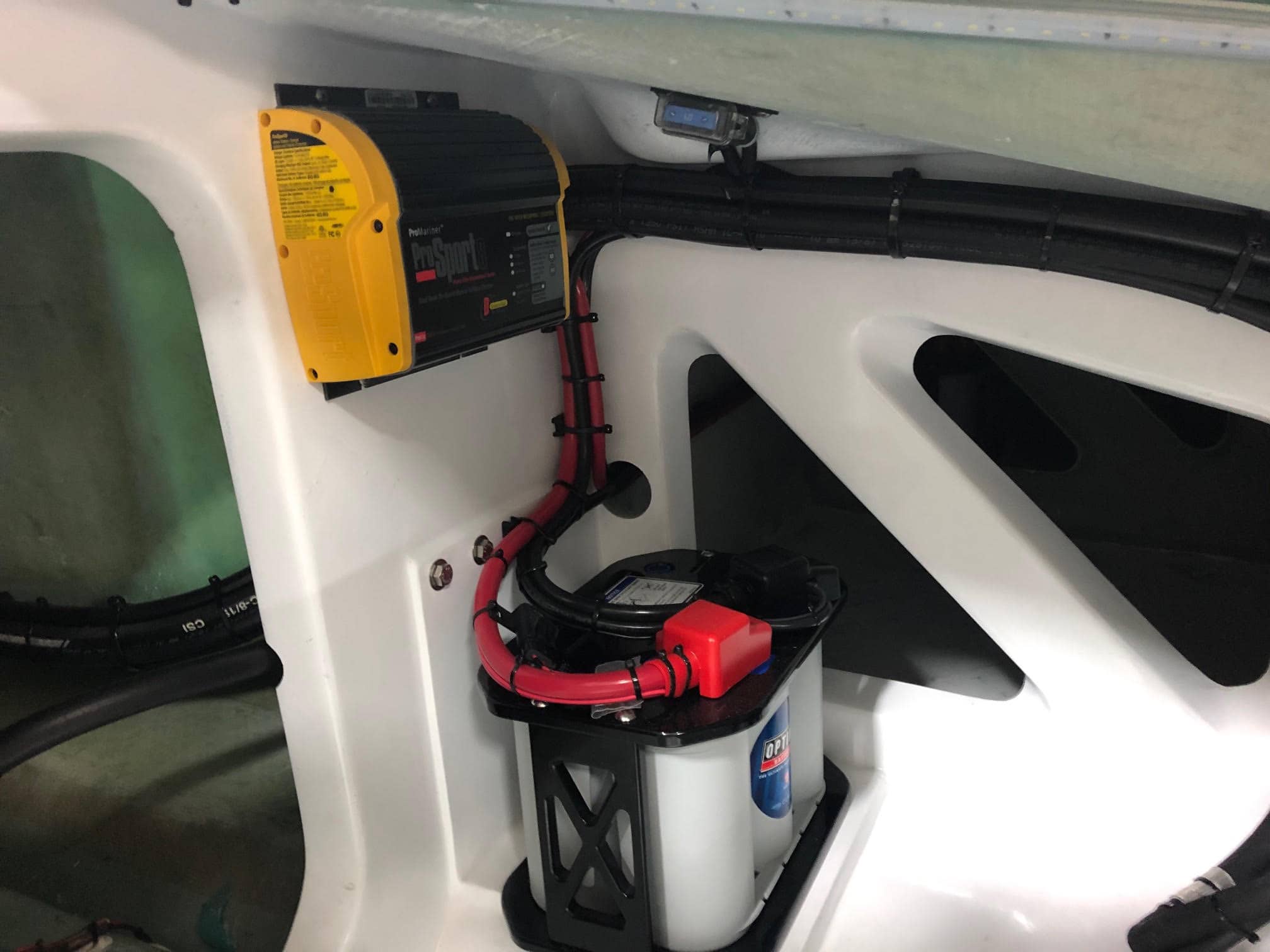 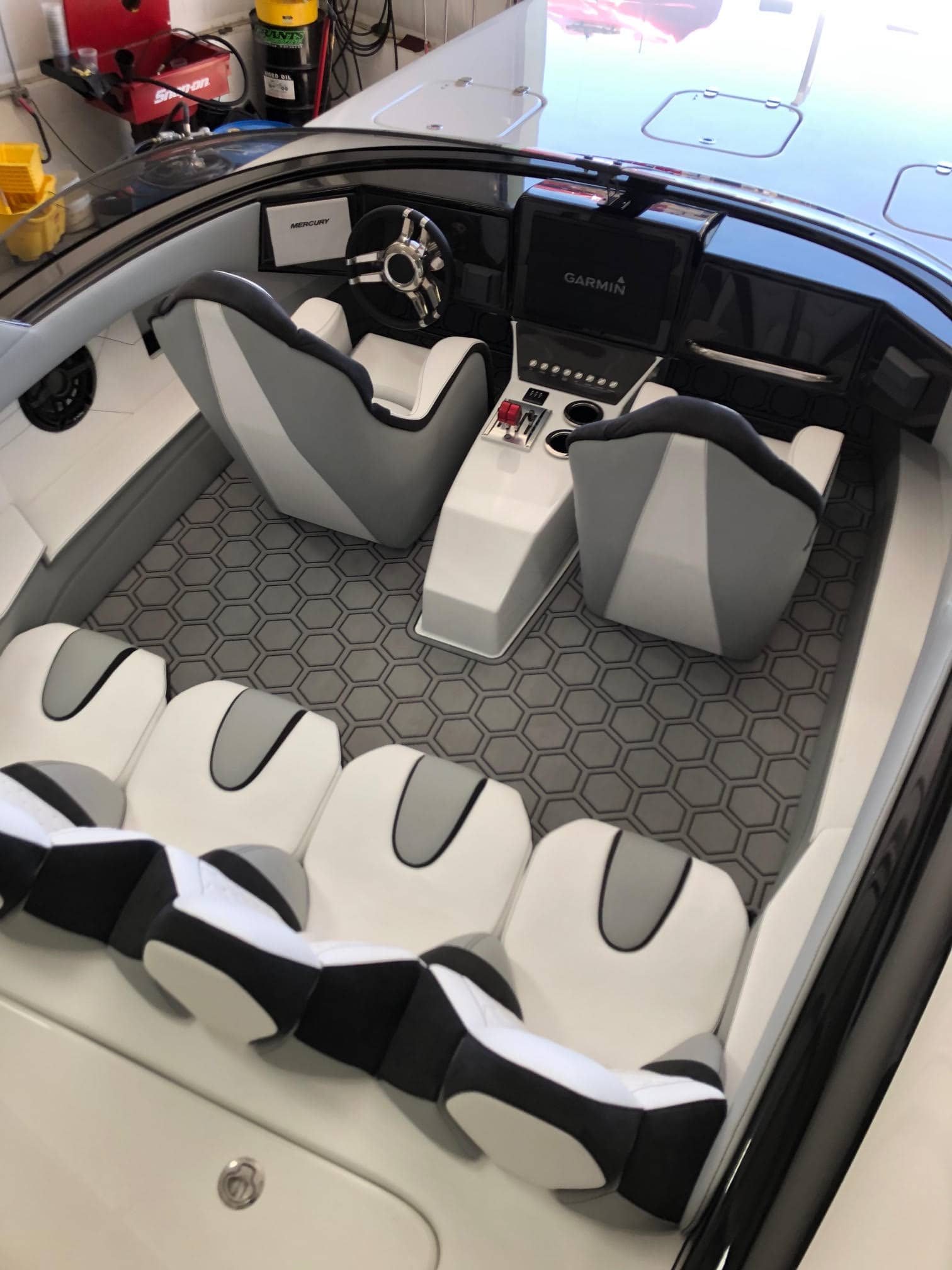 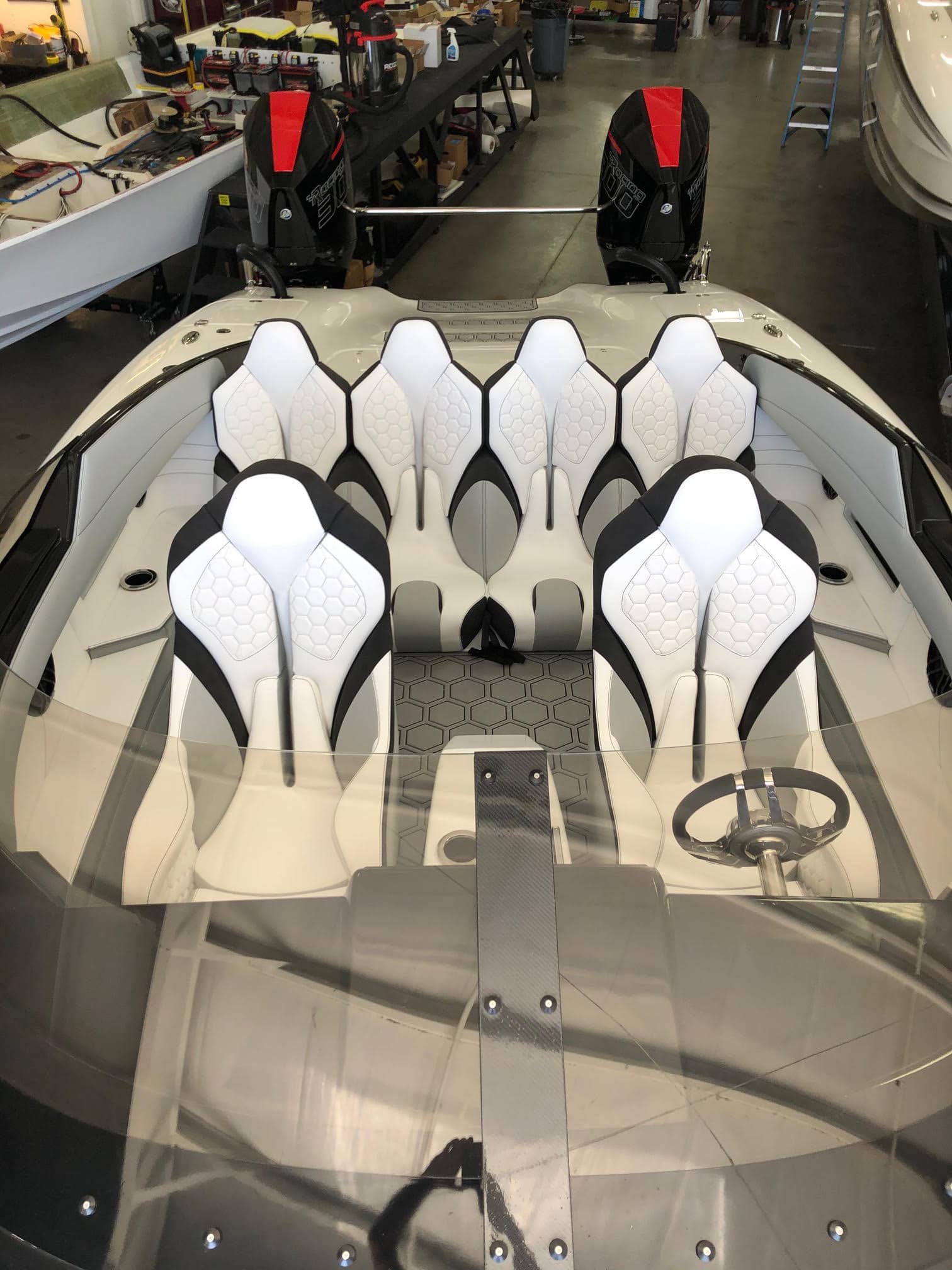 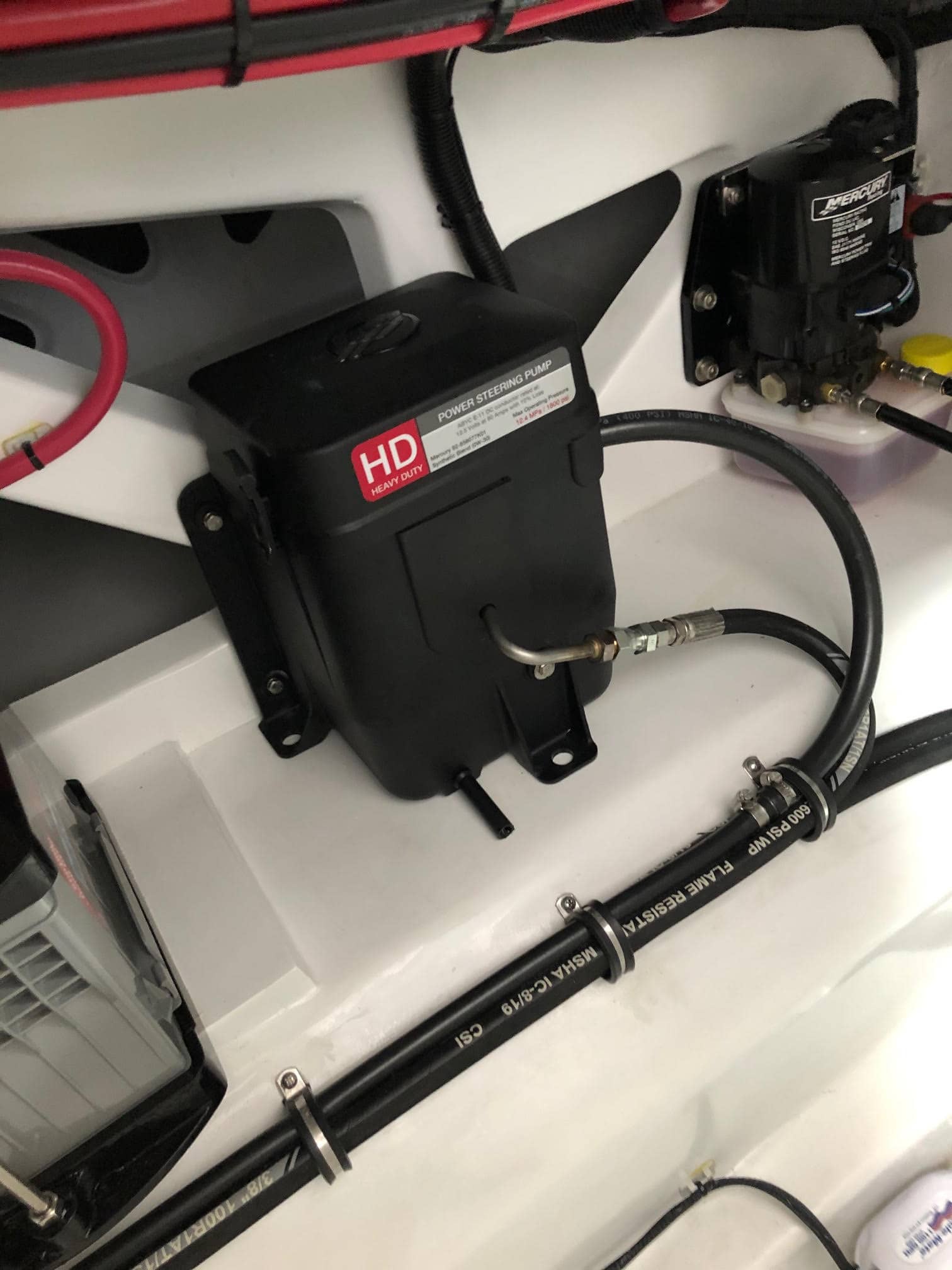 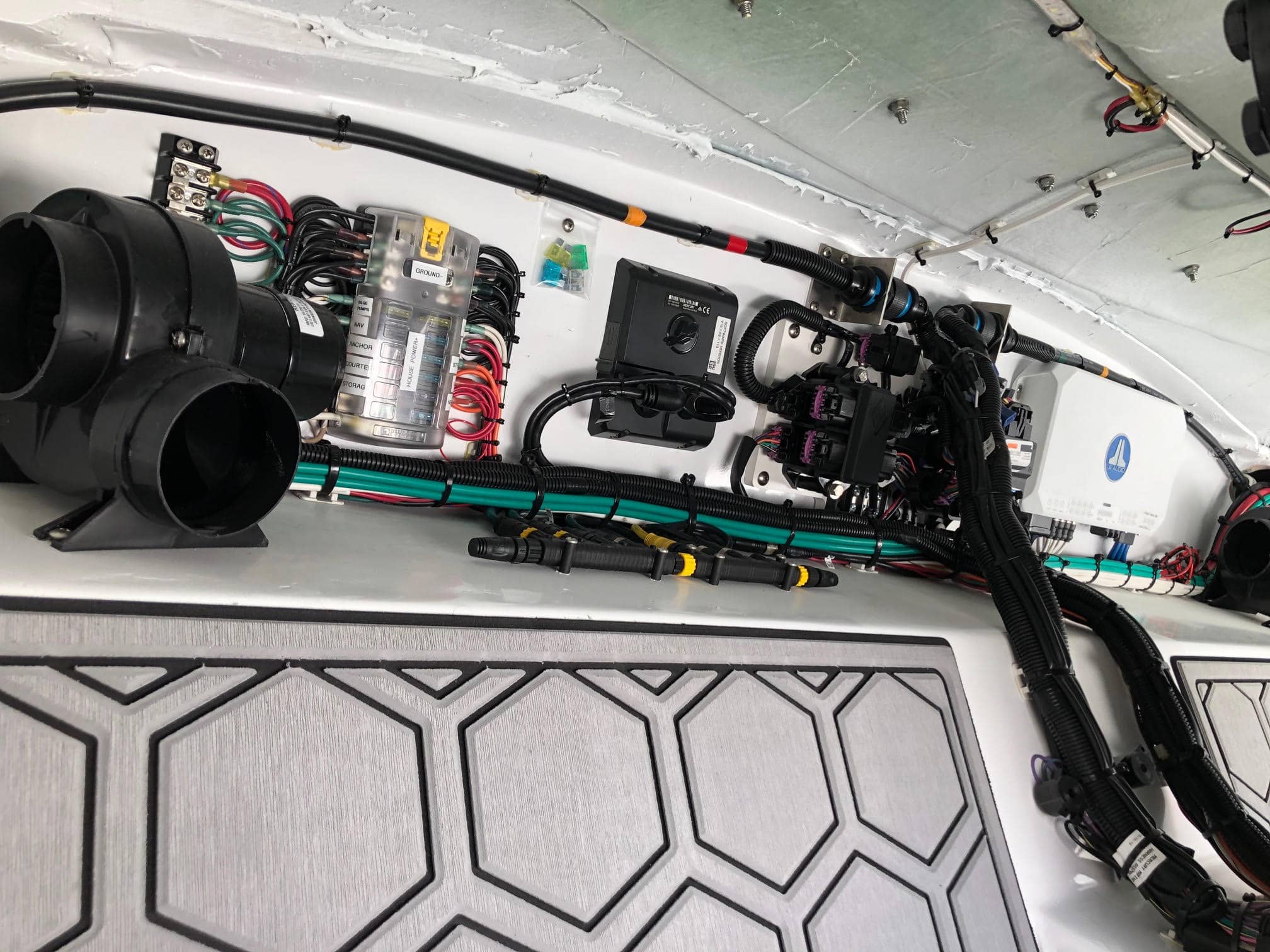 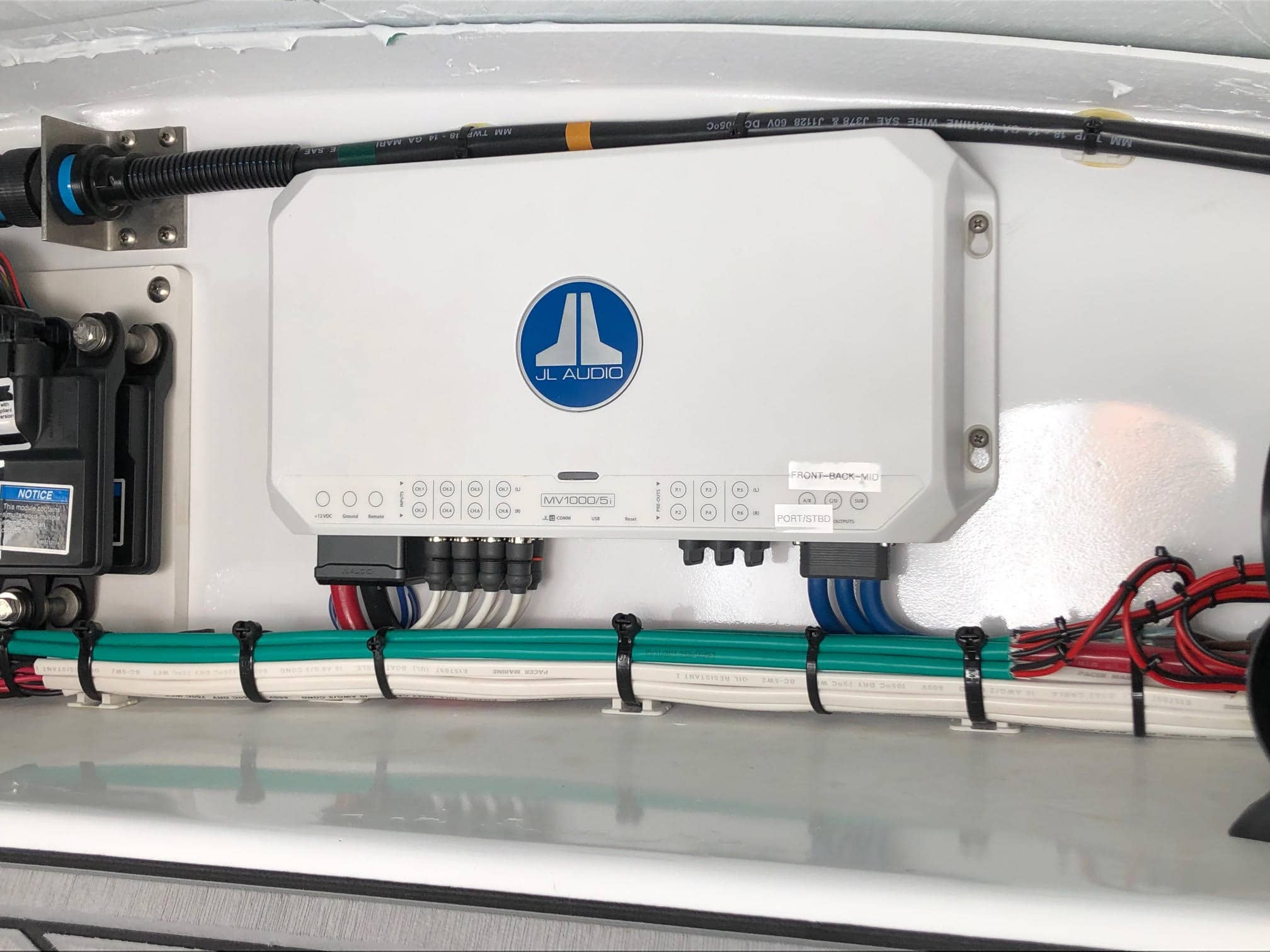 “Overall, the 32 Doug Wright with 300Rs is a fun boat that handles well, gets on plane easily and is quiet,” he continued. “You could call it super-manageable, but it’s also sporty.”

On the bigger power side, Grant’s Signature Racing recently repowered a 36 Doug Wright cat for client Darren Kittredge of Massachusetts. Originally powered by Mercury Racing 400R outboards, the boat now has 450R outboards and runs 130 mph with a “normal load on board.”

“We’re seeing a lot of big speeds out there, but I think it’s really important that consumers ask the right questions,” said Bruggemann. “How much did it weigh when they got the big number? Were the ECMs stock? That’s real-world stuff, and those are real-world questions that need to be asked and answered. Otherwise, people develop unrealistic expectations for top speed.”

‘Less Is More’ With Stunning Nor-Tech 390 Delivered By Doubl...