One of two 36-foot Doug Wright catamarans sold prior to the respected hull manufacturer’s exclusive deal to produce the 36-footer for the Missouri-based Performance Boat Center powerboat dealership under the Wright Performance Powerboats 360 label, a new Doug Wright 36 cat is in the early stages of rigging at Grant’s Signature Racing in Bradenton, Fla. Company principal Grant Bruggemann said he’s in the process of pre-rigging the boat, which will be powered by twin Mercury Racing Verado 400R outboards, before it heads off for painting.

This 36-footer will be Darren Kittredge’s second Doug Wright catamaran in the past two years.

Pre-rigging includes drilling holes in the catamaran’s transom for outboard hardware, as well as holes in the hull sides for cleats.

“From here it will go to Doug Wright for a few touch ups and then off to paint,” said Bruggemann. “Then it will come back for final rigging and installation of its interior.”

The boat is owned by Darren Kittredge, who lives in Massachusetts. In July 2016, Grant’s Signature Racing completed the rigging of a 32-foot Doug Wright cat powered by Verado 400R outboards for Kittredge, and the boat topped out at 121 mph at the time. Bruggemann said his expects the same top end, if not even a little more, out of the Kittredge’s new 36-footer.

“Grant is one of the best guys I have ever dealt with,” said Kittredge. “When I built my first Doug Wright 32—it was my first catamaran—he consulted on the build. We have been friends ever since. He’s given me a ton of advice.

Kittredge, who races offshore with Gary Ballough in the canopied FJ Propeller 32-foot Doug Wright cat, said he has been looking forward to getting into the bigger boat since he purchased his 32-footer, which he sold a California-based buyer who’ll being doing most of his boating on Lake Havasu in Arizona.

“You know, it’s funny, when I built my 32 I was so stoked with that I told Doug Wright (Sr.), ‘If you build a 34 I’ll buy one,” he said. “They ended up with a 36 and I ordered mine before Performance Boat Center and Doug Wright Designs made their deal.

“Those guys at Performance Boat Center have been great to me,” he continued. “Cutting Edge Interiors is building my interior. Doug Harrell is going to paint it. I am hoping the boat gets completed by May 2, but as long as I get it by summer I’m fine.” 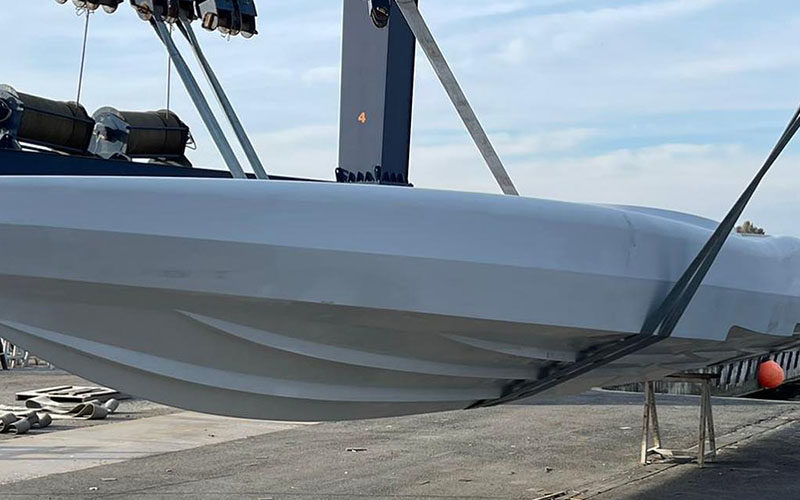 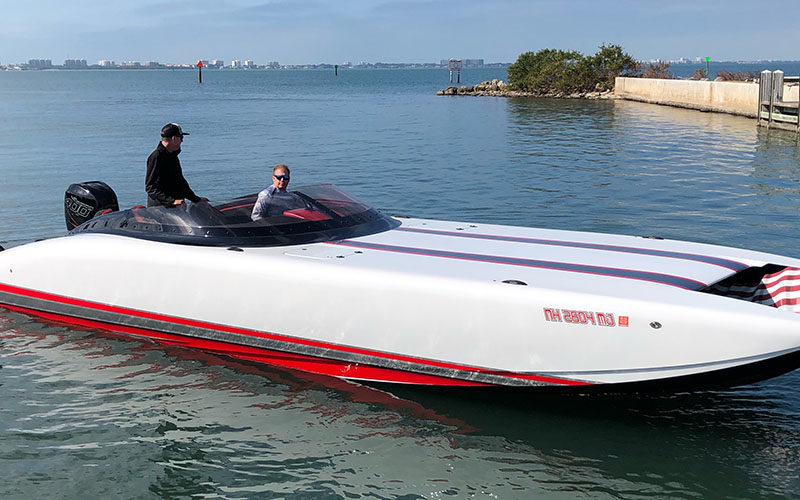