Your go-to source for performance boating.
HomeCommentaryGranet Nails It

Damn you, Marc Granet, you beat me to the punch. You flat-out nailed a subject in your blog—the popular misconception that offshore powerboat racing is somehow in better shape overseas—that I’ve been meaning to tackle for some time.

For those of you who might have missed Granet’s recent Powerboatmag.com blog called, “Bluer Waters Are Right Here,” it’s worth your time. Because it comes from someone on the inside. Granet isn’t just another guy with an opinion, he’s a guy with an informed opinion—and one I happen to agree with in this case. 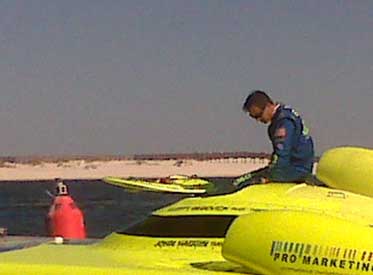 While I have nowhere near Granet’s inside-the-sport vantage point, I can support every point he makes. Think Union Internationale Motonautique Class 1 offshore cat racing is the end-all and be-all? Think again. Even in the mid-1990s when I covered the Norweigian Grand Prix, UIM Class 1 had all the problems—most notably infighting and politics—offshore racing has had since its inception right here. But you don’t have to go that far back. The same issues drove Steve Curtis and the entire Qatar Class 1 team to bail on the Class 1 circuit and compete on the Offshore Powerboat Association series in 2010. (You didn’t think they came just to hang out with the Jersey Boyz, did you?)

“The UIM has been in meetings and we’re going to see if they can sort it out so that it’s run by UIM and rather than a nation,” Curtis told me during the 2010 OPA Worlds in Orange Beach, Ala. “If it’s run by UIM again, we’ll go back. It wasn’t being run properly. It was disorganized and it was dangerous.”

Any of this strike a chord or sound familiar?

My point, like Granet’s, is that offshore racing isn’t thriving anywhere, and that within reasonably scaled expectations the sport can still succeed here. As someone who covers the sport, I’ve been both complimentary and critical when I thought one or the other was warranted. That I won’t stop. But deep down I am rooting for the home team, that being offshore racing in the United States. I am lucky enough to know some of the players, and I believe they have passion to rebuild the sport.