Your go-to source for performance boating.
HomeIn the NewsGranet Breaks Down Miss GEICO’s Crash And Spin Video From Clearwater

With the video of Miss GEICO and Al Adaa’am 96 slamming together in a turn during last weekend’s Super Boat International National Championships about to go viral, we caught up with Miss GEICO driver Marc Granet to get his take on what happened between the two offshore racing catamarans—and why the GEICO cat spun out less than minute later. Here’s what he had to say:

On The Crash
“The turbine boat (Al Adaa’am 96—Miss GEICO runs piston power) got a really good start and had a few miles per hour on us. We weren’t concerned because we had great acceleration and we could get good track position for the turns. You can see from the video that we could get underneath in the turns and make up considerable boat lengths. In a fraction of a second, rubbing became racing at last weekend’s SBI Nationals in Clearwater Beach, Fla. (Click here or on the image to watch the video.)

“In the first incident, when we hit, it’s hard to see but our boat is actually sliding a little to the outside as it finishes the turn. That’s what happens when you combine the mass of these boats with more than 3,000 hp. Even with a rudder, they slide, just like the cars slide in NASCAR races.

“The turbine boat came into the turn pretty hot. Their turn line was not a natural, arcing line. It was sharper. The acceleration on the turbine is so unbelievable that it shot off like a rocket. I looked at their boat and my eyes told me we were going to come out ahead of him. What I didn’t anticipate was their slide. You can see that when we come together.

“This video gives anyone who watches it a window into the closure times and the forces that are generated when your are racing boats with this kind of mass and acceleration. Don’t just look at this as ‘two boats came together,’ look at how quickly they came together. When I talked Sheikh Hassan (the driver of Al Adaa’am 96 ) after the race, he said ‘I was turning and the boat was going straight.’ You can see him trying to turn the boat, but it’s not moving.”

On The Spin
“In all of the other turns, we started the turn between 140 and 143 mph. On this turn, we set the boat at 147 mph, but as the boat started to grab we were at 123 mph. If you look at the video right as we come into the turn, the starboard drive spikes the water—it hits hard—and you can see the back of the boat jump. We must have hit a wake or a hole or something.

“When the starboard drive spikes and comes back in the water. It must have been just enough force to knock the rudder and give it some movement. Then, as we dive into the turn, the front of the boat digs in and grabs—and we spin. We were coming in hard because we were trying to make up what we losing in the straights.” 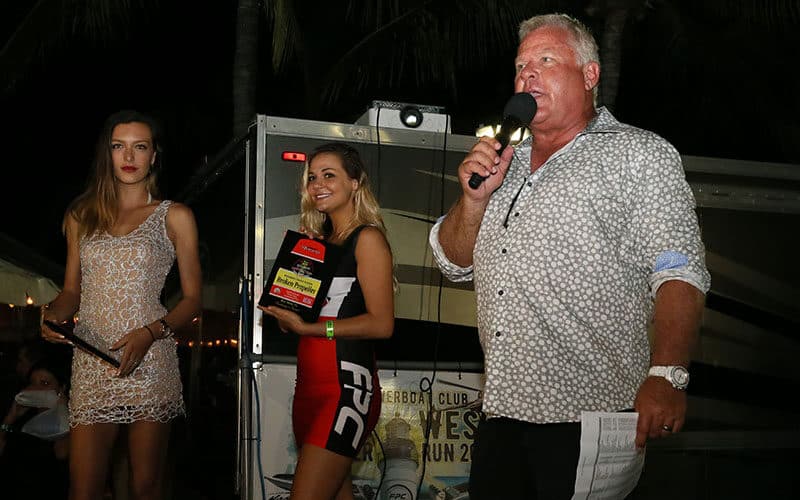