Your go-to source for performance boating.
HomeIn the NewsGood Points Battle After Class 1 Race in Turkey

After last weekend’s second round of the Union Internationale Motonautique Class 1 World Powerboat Championship—the Turkish Grand Prix in Istanbul—the season appears to be shaping up into a good one with an extremely close points race. 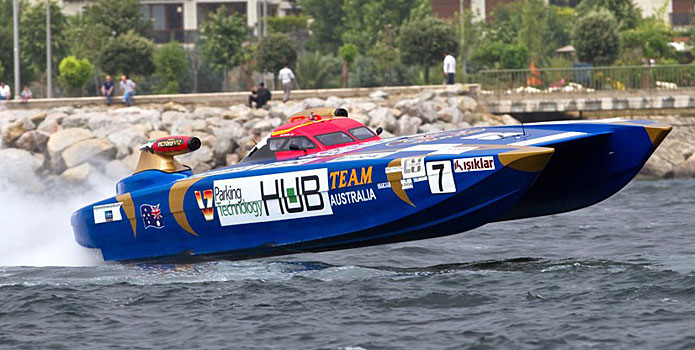 Australians Darren Nicholson and Ross Willaton drove their HUB Team Australia catamaran to a victory in the first race of the Class 1 Turkish Grand Prix. Photo courtesy Class 1While the HUB Team Australia duo of Darren Nicholson and Ross Willaton moved its way to the top of the championship standings after winning Saturday’s first race, the lead didn’t last long as Victory’s Arif Al Zaffain and Mohammed Al Marri produced an emphatic start-to-finish win in the second race of the round on Sunday.

“(Saturday) was not our day and (Sunday) was,” said Al Zaffain, who drove the team’s catamaran to its third win of the season. “The target was to be in front all race and we were. We had the perfect setup on Sunday and were able to concentrate on what was in front of us and not what was behind us.”

On Saturday, the HUB Team Australia team won a dramatic and incident-filled race. Starting just their third race together in their second Grand Prix in Class 1, Nicholson and Willaton mastered the choppy and tricky seas to finish ahead of second- and third-place teams Zabo-Isiklar and LFFendi8. 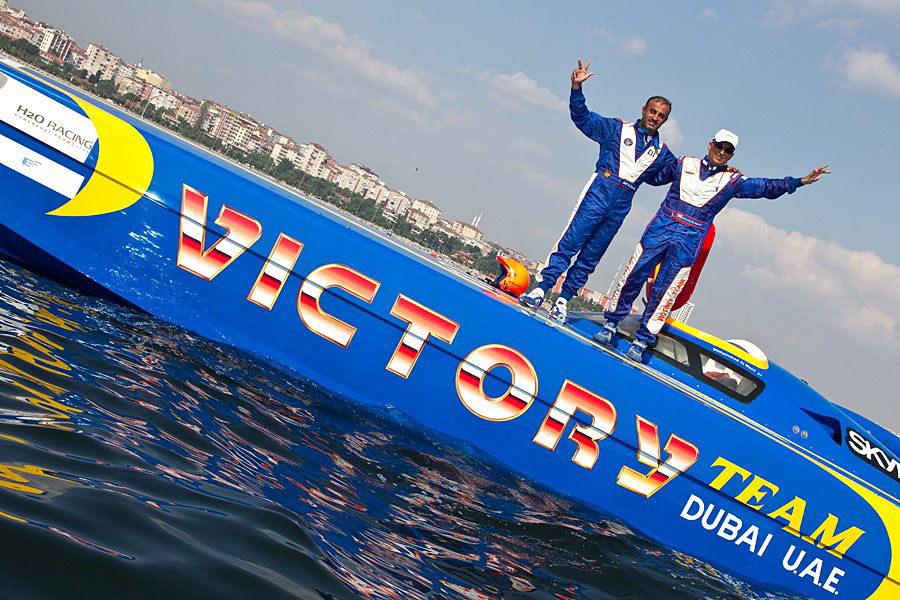 Victory Team’s Arif Al Zaffain and Mohammed Al Marri celebrate the win in the second race of the Class 1 event in Instanbul. Photo courtesy Class 1Bouncing back from a DNF (did not finish), Victory Team led all 16 laps on the race on Sunday to finish ahead of LFFendi10 and HUB Team Australia. For more on the weekend’s races, check out the Class 1 site.