According to the latest newsletter from the Friends of Miami Marine Stadium, Gloria Estefan, a Grammy winning crossover artist and leading Miami businesswoman, will take a prominent role in the ongoing advocacy campaign to restore the iconic Miami Marine Stadium as a centerpiece of cultural life in Miami. Estefan, a Trustee of the National Trust for Historic Preservation since 2012, will serve as the voice of efforts to preserve Miami Marine Stadium at a time when the Miami City Commission is weighing approval of a new site plan for the stadium. 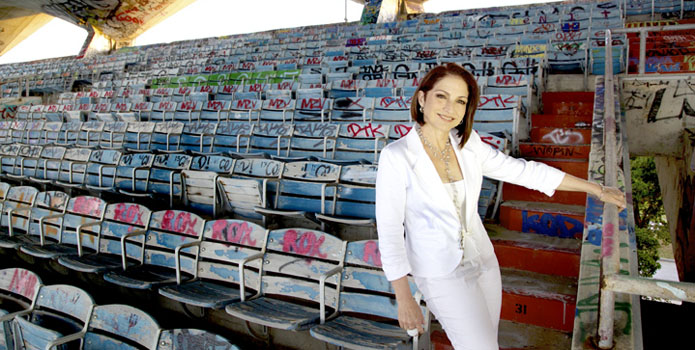 “Miami Marine Stadium is a beautiful, one-of-a-kind place and I am thrilled to join the National Trust and Friends of Miami Marine Stadium to help restore it to its former glory,” Estefan said. “As someone who once had the honor of performing at the stadium, I can attest to the fact that it is a completely unique place, and I know thousands of Miami residents feel the same kind of personal connection to the stadium.”