Your go-to source for performance boating.
HomeSpeed On The WaterImage of the WeekGallery: Vintage Raceboats Light Up Tavares

A breahtaking 44-entry fleet of classic raceboats from Jersey Speed Skiffs to hydroplanes and tunnel boats took to the waters of Lake Dora in Tavares, Fla., late last month for the second-year, weekend-long Tavares Raceboat Regatta. And of course speedonthewater.com chief photographer Pete Boden was on hand to capture all the spectacular boats, including beauties from Carlson-Glastron and Switzer Craft, in action on Saturday.

While they didn’t actually “race,” the boats in last month’s Tavares Raceboat Regatta put on an excellent show for the fans on hand (click image to enlarge). Photo courtesy/copyright Pete Boden/Shoot 2 Thrill Pix.

Though the boats ran in multiple demonstration “heats” on Saturday with full safety crews in place, all of the participants reportedly took a conservative approach on the water.

“We are forbidden to ‘race,’ so we simulate racing heats and keep the speeds below maximum,” said Rich Luhrs, the co-chairman of the American Power Boat Association’s Vintage and Historic committee and one of the event’s key organizers. “But to spectators it is impossible to determine how fast we are going—and some of the boats exceed 100 mph on a short half-mile course.”

Check out the slideshow above for more action from the event.

The on-water action started in the morning and continued throughout the day. The happening included a lunchtime break from the action where fans could meet the drivers and take pictures of them and their boats. According to Luhrs and fellow event organizer Dave Richardson, volunteers played a crucial role—as they did last year—in the event’s success.

“In fact, at this event we had volunteers we had never seen before jumping in to help,” Richardson and Luhrs wrote in an article for the American Power Boat Association’s Propeller magazine. “Mike Bowers of Region 5 Rescue and his team provided the on water rescue while, ashore, the paramedics from the City of Tavares were present for all of the shore-based medical support. We also have security each night in the pit area from the Lake County Sheriff’s office. On water patrols are likewise supported by the police.

“We ran a full set of heats before lunch and then another after a one-hour break,” they continued in the article .”After securing the pits at lunch the public was allowed in to talk with drivers and view the boats.”

Based on this year’s turnout, the Tavares Vintage Raceboat Regatta may well reach its 60-boat maximum next year, according to Luhrs and Richardson (click image to enlarge).

Image Of The Week: Fountain And Harris Under One Roof 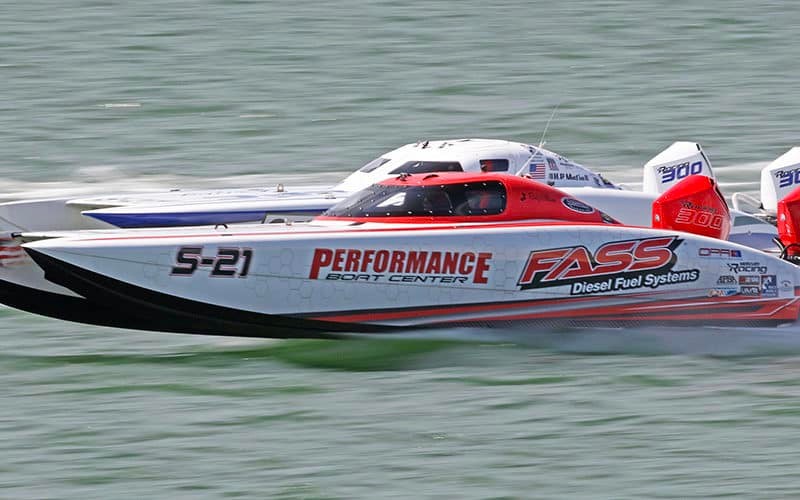 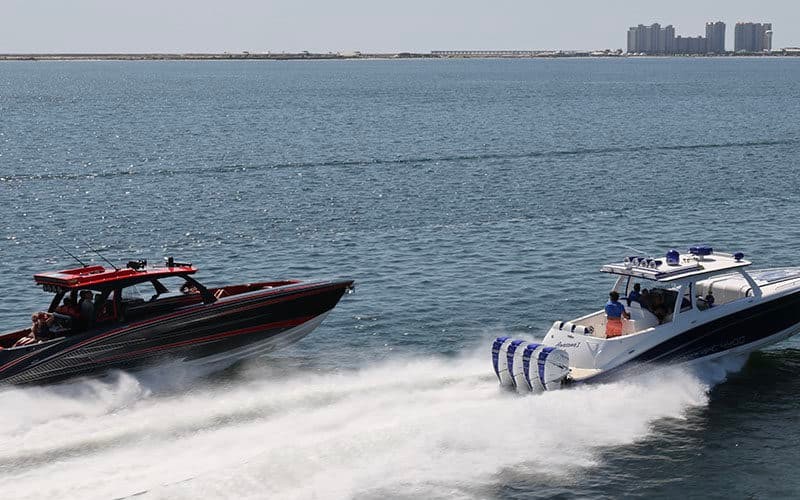