Your go-to source for performance boating.
HomeSpeed On The WaterImage of the WeekGallery of the Week: Alexandria Bay by Rodney Olson

Gallery of the Week: Alexandria Bay by Rodney Olson

Gallery of the Week: Alexandria Bay by Rodney Olson

Running through some of the best scenery of any performance boating event anywhere, last Saturday’s Alexandria Bay Poker Run organized and hosted by Poker Runs America attracted more than 40 boats, including a pair of big-name turbine engine-powered beauties. On scene to bring back the action was speedonthewater.com contributing photographer Rodney Olson.

“There were a lot of ‘new’ boats I had not seen before making this year’s run,” said Olson, who has captured the boat several times. “That makes it nice for the photographer, instead of having to shoot the same boats over and over.”

Of course, Olson always enjoys shooting My Way, Canadian Bill Tomlinson’s famed 50-foot turbine-powered catamaran that once again joined Alexandria Bay fleet and put on a show for the participants and the fans on the shore. 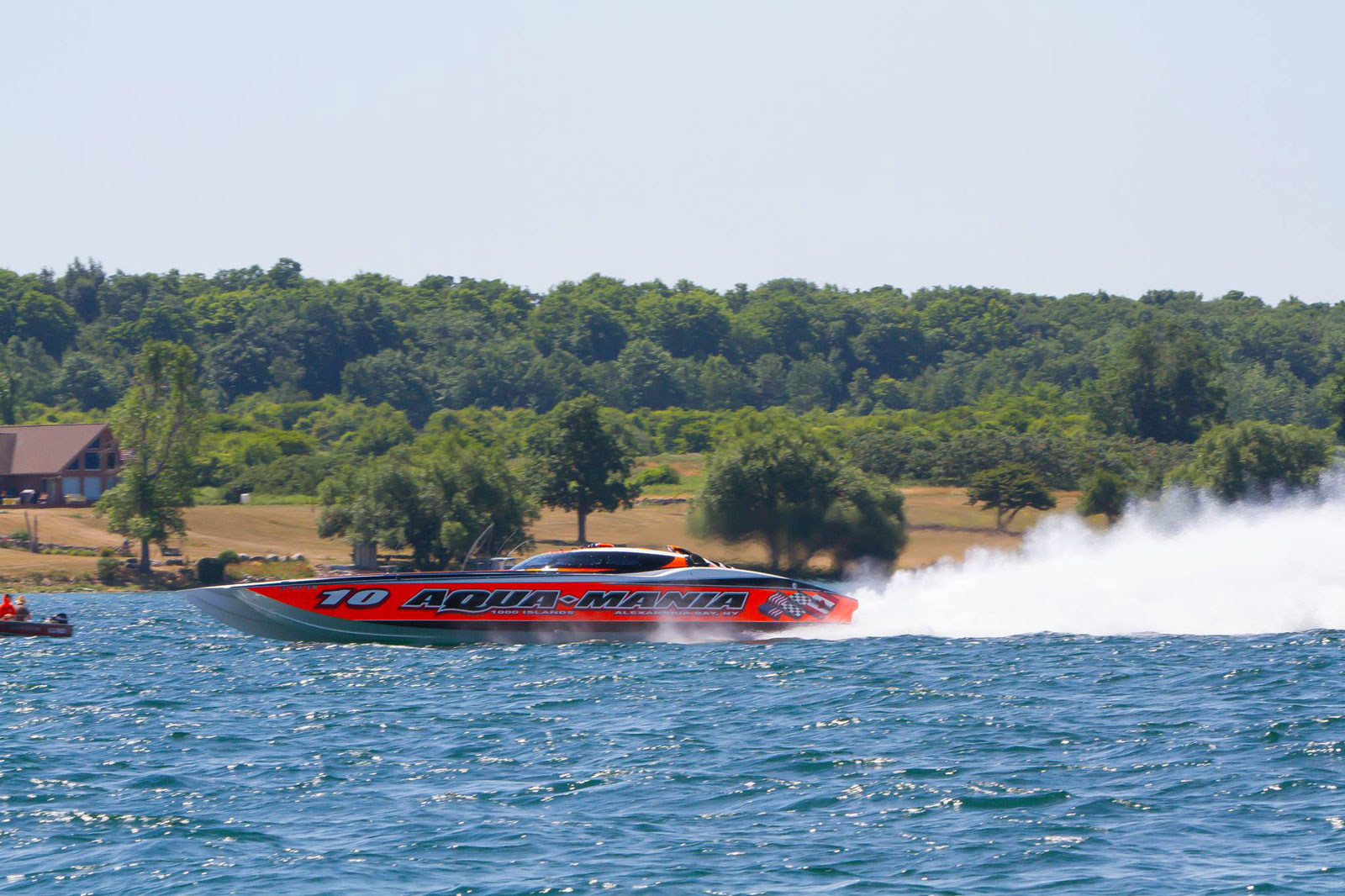 For more of Rodney Olson’s images from the Alexandria Bay Poker Run, check out the slideshow above.

As for the much-anticipated debut of Aqua-Mania, which has been more than two years in the making, the 52-foot turbine-powered Marine Technology, Inc., cat made it to the first and second card stops, but unfortunately had to withdraw with what at first appeared to be a mechanical problem but was later diagnosed, according to a source inside the team, as a “false alarm.”

Despite the relatively short time Aqua-Mania spent running the event, the 52-footer reportedly attracted hordes of fans spectators at the docks. Its appearance was among the highlights of the run.

Next up on the Poker Runs America schedule is the organization’s Bay of Quinte Poker Run/Rendezvous, July 30, in Bellville/Trenton, Ontario, Canada.

Image of the Week: A Half Mast Showing of Respect for Kentuc...

Image of the Week: A DCB Approaching NYC