Surely Team AMSOIL, which won the Super Cat class at the St. Clair River Classic in Michigan, will be featured in the first episode of the OPA AMSOIL Offshore Powerboat Series set to air on FSN on Oct. 17. Photo by Paul Kemiel/paulkemielphotographics.com

Scheduled to air on the Fox Sports Network (FSN), the Offshore Powerboat Association (OPA) proudly announced in a press release yesterday that the first of five episodes covering the 2012 AMSOIL Offshore Powerboat Series will air on Wednesday, Oct. 17 at 5 p.m. EST. Mark it on your calendar or set your DVR now, and then get ready “to be on the edge of your seat,” according to the release.

The first show will feature coverage from the St. Clair River Classic Offshore Race in St. Clair, Mich. Then the next four Wednesdays at 5 p.m. EST, you can follow along with the OPA teams as they move from Port Huron, Mich. to Solomons, Md., and eventually finish with the two-episode finale from the Palm Beach World Offshore Championship in Jupiter, Fla.

The show is expected to provide plenty of the wave-crushing, full-throttle and bone-rattling antics of the racers that make up the OPA. According to the release, all of the episodes will re-air in the first quarter of 2013 (dates TBA).

Let’s hope this is the beginning of many more offshore races being aired on television. 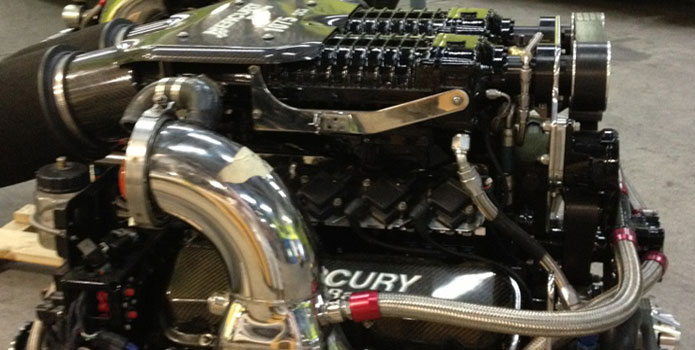