Your go-to source for performance boating.
HomeNew ProductsFourth Time Another Charm With DCB M37R Delivery No. 2 For Canadian Client

Fourth Time Another Charm With DCB M37R Delivery No. 2 For Canadian Client

Fourth Time Another Charm With DCB M37R Delivery No. 2 For Canadian Client

Canadian Brad Macaulay’s relationship with DCB Performance Boats goes back more than 10 years to his first catamaran—an M31 Widebody powered by Mercury Racing 1100 engines—built by the El Cajon, Calif., company. To put it lightly, the Kelowna, British Columbia, resident loves the DCB brand almost as much as he loves the people behind it, which is why he followed up his 31-footer with an M35 Widebody catamaran powered by Mercury Racing 1350s in 2016 and his first M37R Widebody cat equipped with Mercury Racing 450R engines in 2021.

And yesterday in Lake Havasu City, Ariz., he took delivery of his DCB M37R with Mercury Racing 450Rs—hull No. 17 of the 37-foot model delivered to date.

“This is my fourth one with Tony Chiaramonte, Jeff Johnston, Paul Miller and all the boys at DCB,” Macaulay said. “I put 100 running hours on the first one and we have a short season, usually from June through September. DCB sold the other boat to Grant Bernardy, who didn’t want to have to wait for a new build, and I ordered this one.

“They gave me exactly what I wanted,” he added, then chuckled. “The boys at DCB, they treat me pretty good.”

Color-wise, DCB No. 4 is a significant departure from previous graphics packages for Macaulay.

With his first three DCB builds, Macaulay went with solid colors. His 31-footer was royal blue, his 35-footer was elegant tan and his 37-footer was smoldering red. This time around, he went with a crisp, white, red and black color combo.

“I went the totally opposite way with this one,” he said. “I went mostly white, which makes the boat look bigger. And Raul Martinez (DCB’s lead interior designer) did an amazing job with the upholstery.”

Enjoy more images of DCB M37R Widebody No. 17 in the slideshow above.

With 100 operating hours on his first M37R, Macaulay knew what to expect from his second, meaning excellent handling manners and ride quality. But he did get one pleasant surprise from his new 34-inch-pitch propellers.

“This was the first time I put 34-inch props on there and Jeff, Paul, Tony, my daughter’s boyfriend and me we probably had 1,200 pounds of people on board and were 70 percent full of fuel,” he said. “And it still ran 120 mph. We spent about four hours on it and the boat just ran really, really good.”

Though yesterday’s high-temperature in Lake Havasu City was a cool 59 degrees, it was significantly more chilly on the water. “It was cold but the delivery was really good,” Chiaramonte said. “The boat is bad-ass.”

Asked if the cool desert temperatures bothered him during his first outing in his new 37-footer, Macaulay chuckled.

“Not really, I’m from Canada,” he said. “I was in Calgary the other day and it was 21 degrees below zero. And it’s supposed to be 31 below next week.”

Said Macaulay, “The boys at DCB, they treat me pretty good.” 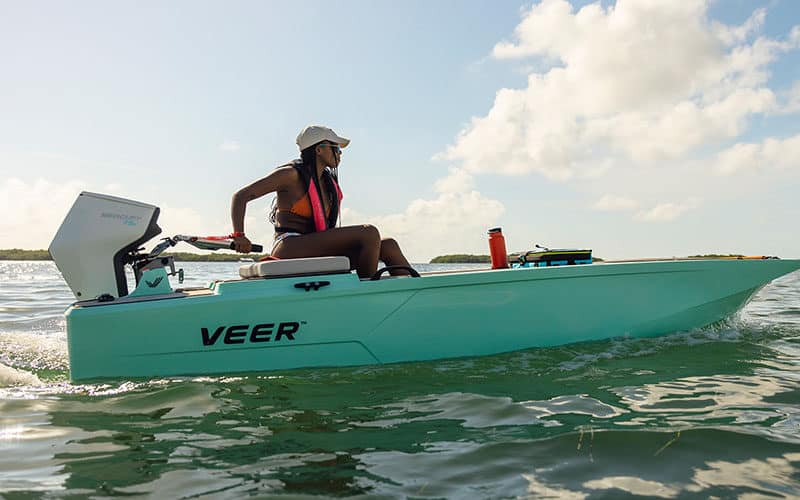 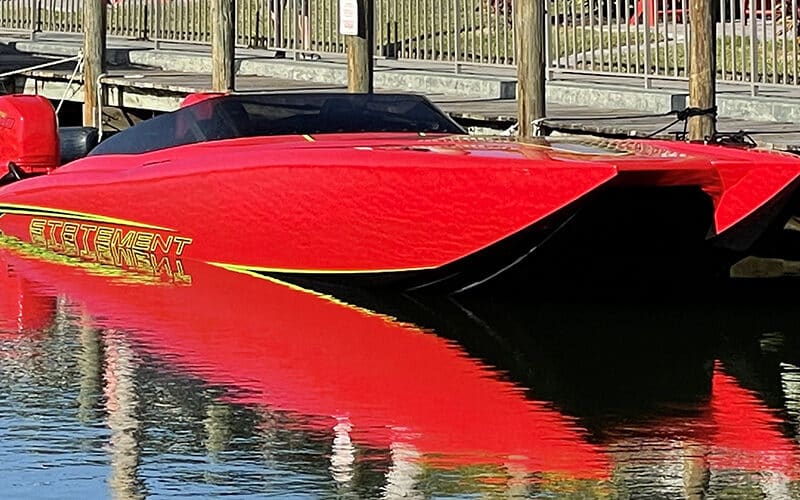 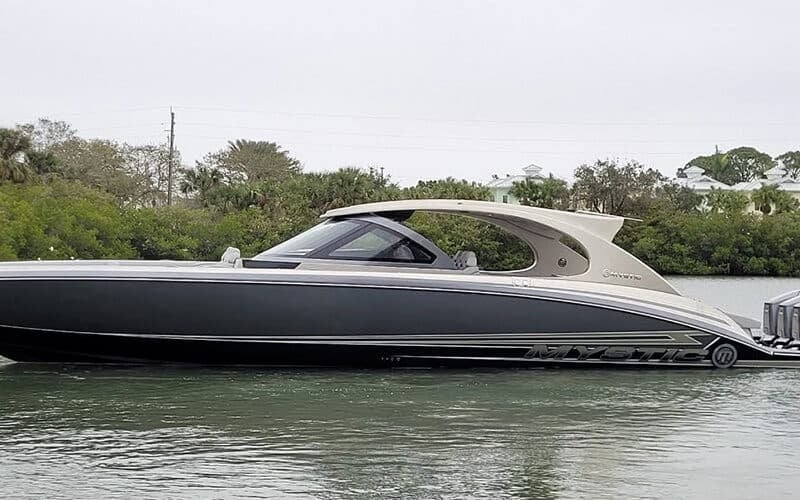