For several good reasons—being the home base for three days of casually organized, good-time powerboat fun runs chief among them—Sarasota commanded the spotlight in Southwest Florida last weekend. Yet despite still being in recovery mode from Hurricane Ian, Fort Myers Offshore produced the first event of its 2022/2023 season on New Year’s Eve. And while the club’s annual Holiday Fun Run wasn’t the record-setter so many of the nonprofit scholarship fundraising organization’s happenings have been during the last few years, it was exactly what the outfit needed to get rolling.

Though last weekend’s Holiday Fun Run wasn’t a blockbuster, it was just what Fort Myers Offshore needed to get its 2022/2023 season rolling.

As previously reported on speedonthewater.com Fort Myers Offshore scrubbed its traditional Sanibel Island Bridge starting point for safety concerns as much of the causeway was destroyed by the Category 5 storm. Club members started from various points in the area, and 25 boats made it to the Village Brewhouse Docks at Fisherman’s Village in Punta Gorda. The rest of the participants arrived by car.

“I was really surprised at the amount of boats that ran together to the lunch stop with a great mix of sterndrive V-bottoms, outboard cats and center consoles,” said Tim Hill, the president of Fort Myers Offshore. “Outboard cats definitely dominated the run with several coming down from the Gratton run weekend in Sarasota for the day.

“The reports from our members of water conditions and lack of debris was very positive and has given me confidence in resuming our normal seasonal schedule,” he added.

Said Tim Hill, captured here with his wife, Cyndee, “We fully anticipate running the remainder of the schedule.”

Hill, who was forced to cancel the Roar Offshore Fort Myers Beach powerboat race in October after the hurricane leveled the Gulf Coast city, is still working on the iteration of the club’s 2022/2023 schedule. There could be a few more changes ahead.

“A few of our destinations have lost all of their docks so we may have some new venues in 2023,” he explained. “But we fully anticipate running the remainder of the schedule.

“That schedule will be out early next week,” he continued. “The next run is January 21 with the destination of the Hyatt in Naples. That event will see Fort Myers Offshore return to its typical start from the Gulf side of the temporarily rebuilt Sanibel Causeway.” 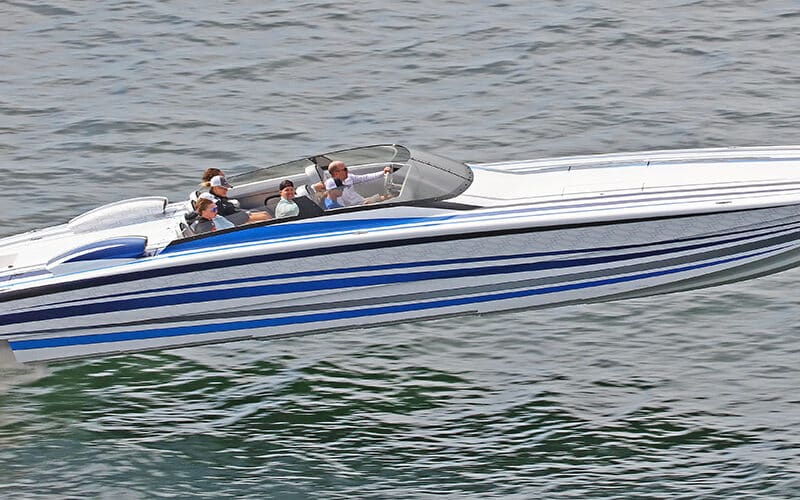 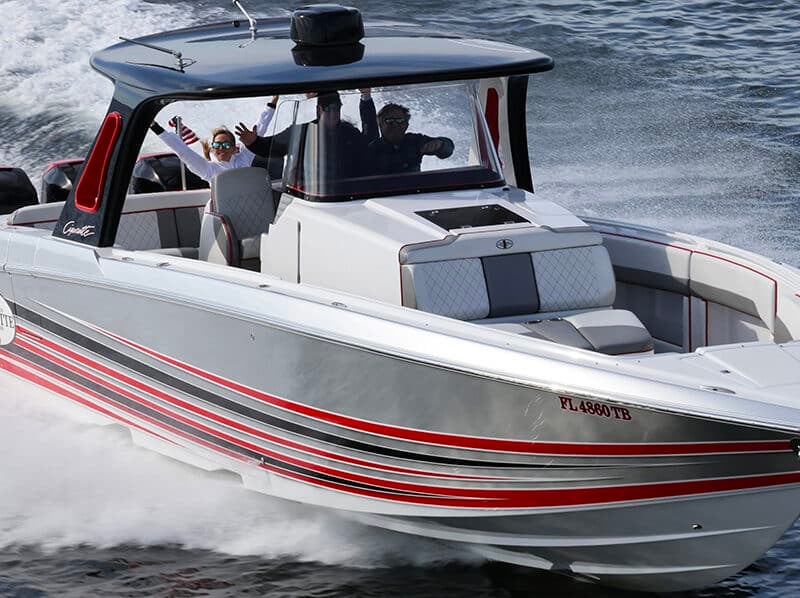