“We’re going to try a set of Hydromotive PX-5 props on it next week,” said Haughey. “We’re anticipating getting to 75 mph with those.”

Haughey described the outboard-equipped 33-footer’s ride quality and flat running attitude as “pretty much the same as it is with stern drives.” He added that the outboard version of the sportboat is 1,200 pounds lighter than the same model with stern drives, because the twin outboards weigh as much as one engine-and-drive package.

“Acceleration is good,” he said. “And it’s really agile.” 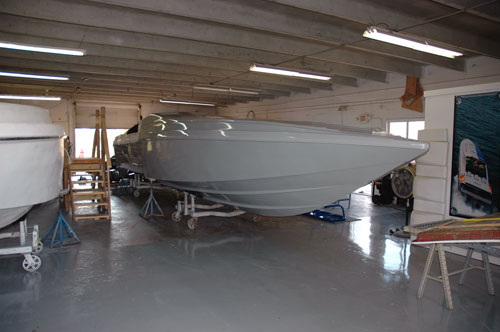