Offered by TNT Marine Sales, this Skater 36 Classic catamaran built in 2000 is powered by twin 1,100-hp fuel-injected Sterling Performance engines with Mercury Racing No. 6 drives. According to the listing, the engines have less than 10 hours on them since they were refreshed and the drives have approximately 50 operating hours. The boat’s cockpit was restored by Fineline Interiors approximately four years ago.

The boat previously was stored in a climate-controlled warehouse, according to the listing. Features include a touchscreen Garmin GPS, a JL Audio stereo system, three-color LED cockpit lighting and LED underwater lights, a VHF radio and automatic fire-extinguishing system in the engine compartment. A trailer is included. 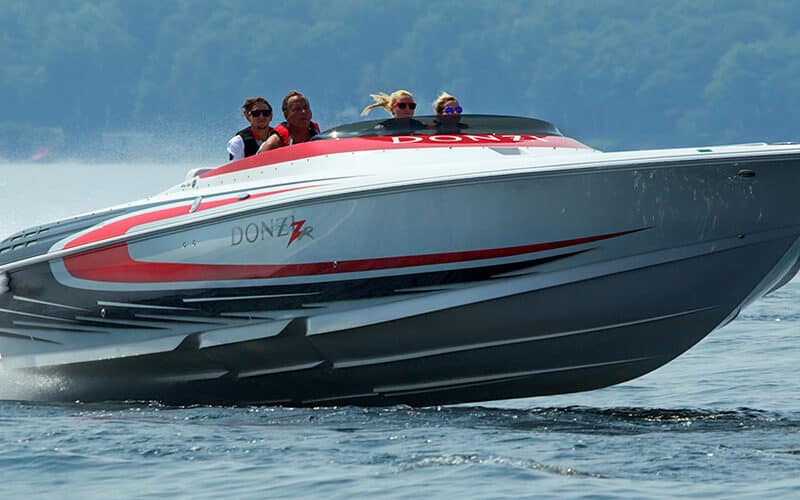 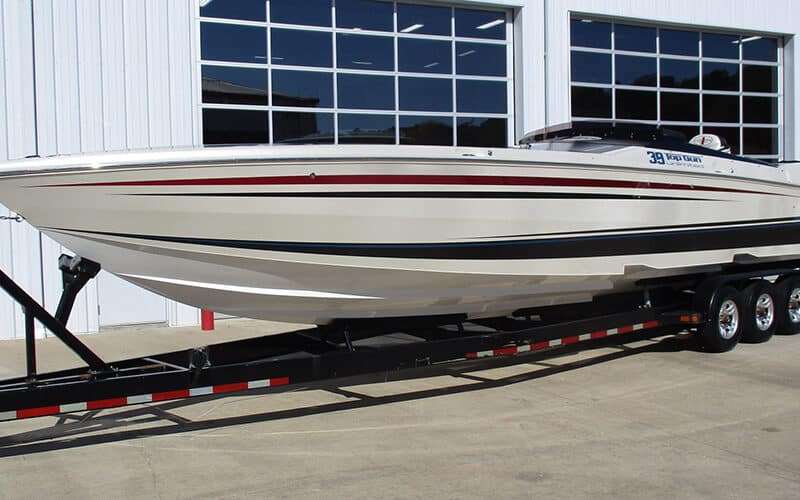 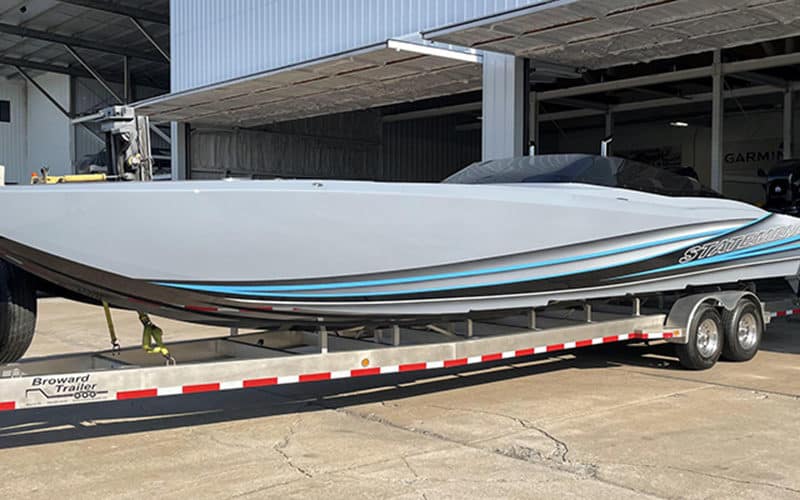