A successful businessman who found his way into the go-fast boating world through Performance Boat Center in Osage Beach, Mo., with his purchase of a Wright Performance 420 catamaran, Brad Ekstam is about to take his passion to another level. FASS Fuel Systems/Motorsports, one of six companies he owns, is sponsoring the multi-brand, full-service dealership’s Super Stock-class team this year, and plans to back it again—as well as Performance Boat Center’s upcoming Supercat-class raceboat—in 2022.

FASS is an acronym for Fuel Air Separation System and is “a combination diesel fuel-lift pump and fuel filtration system that is designed to improve a diesel truck’s fuel mileage, engine performance and extend the life of your diesel injection system,” according to the company’s website. As it happens, Performance Boat Center co-owner Brett Manire has the system—and loves it—on his own truck and he reached out to Ekstam about possibly stepping up to sponsor the PBC team this year.

“Brett gave me a call one day, but the funny thing is I had been thinking of approaching him,” said Ekstam. “We have a good relationship and Performance Boat Center has a great group of people. 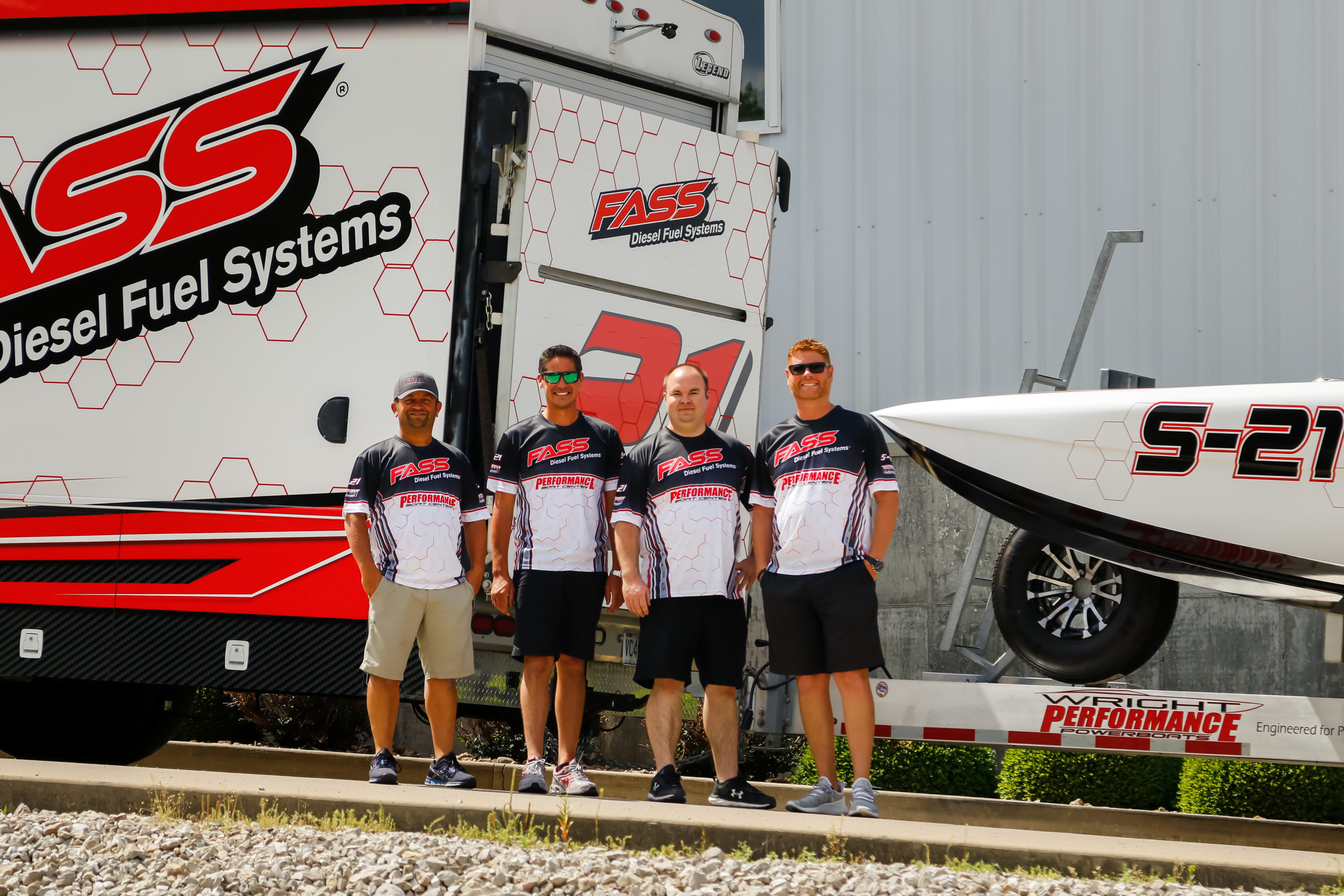 Check out the slideshow above for more images of the Performance Boat Center 32-foot Doug Wright raceboat and its toter home and hauler.

“I have a good gut feeling about this sponsorship and we started FASS Motorsports as part of our company last year,” he continued. “It’s all about promoting speed and power and engines—it’s advertising. I don’t need a big return on investment but if we can get calls from diesel truck fleet owners that would be great.”

“Brad owns the Wright 420 we originally built for Win Farnsworth and I took him to Key West (Fla.) and showed him how to run it,” Manire said. “FASS is in for a full year with our Super Stock boat sponsorship and wants to sponsor our Supercat boat when we get our program going again in 2022. They’ll get their feet wet with Stock before then.”

Ekstam has another Wright Performance 420 under construction and scheduled for delivery in July.

Ekstrom, who lives about 45 miles outside of St. Louis and calls the Lake of the Ozarks his home-water, arrived home yesterday from a trip to Houston for a wedding. On Thursday, he’ll head to Cocoa Beach, Fla., for the season-opener of the six-race American Power Boat Association Offshore National Championship Series. Though he likely won’t attend other races during the regular season, he’s planning on being in Key West, Fla., for the Race World Offshore/APBA World Championships November 7-13.

Between now and then, most likely in July, he’ll take delivery of a new Wright Performance 420 catamaran powered by Mercury Racing 450R outboard engines.

Said Ekstam, “Water is my passion. If I’m near or on it, I’m good. That’s part of why we’re doing this sponsorship.”

Myrick Coil (left) and Rusty Williams are planning for “utter domination,” according to Coil, in their FASS-backed raceboat.