Visitors to the Fort Lauderdale International Boat today will get the first look at the first twin-outboard-engine-powered 298 Center Console from Nor-Tech Hi-Performance Boats in Cape Coral, Fla. The first version of the 29-footer out of the molds was outfitted with Yanmar diesel power for a buyer in Norway. Hull No. 2 at the Fort Lauderdale event boasts more conventional power in the form of twin 300-hp Mercury Verado outboards. 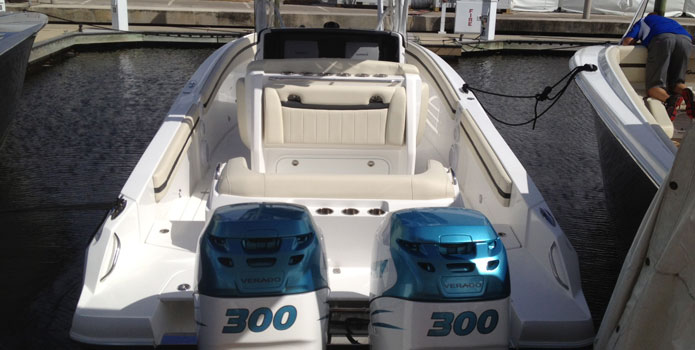 Hull No. 2 is the first outboard-powered Nor-Tech 298 Center Console.

The addition of a smaller center console offering was a necessary step for Nor-Tech, which has introduced a 39-footer and a 34-footer during the past three years.

“In the center console world, those are still fairly large boats,” explained Terry Sobo, the company’s director of sales and marketing. “What we wanted to do was offer something in a more entry-level size to get more people into the Nor-Tech family.”

With the twin 300-hp engine, the boat reportedly will top 70 mph. At present, the company has six orders for the 29-footer and is expecting several more to come out of the Fort Lauderdale Show. 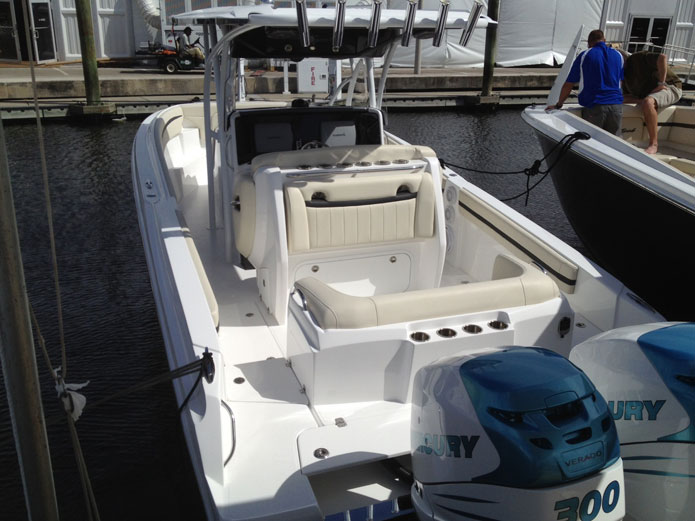 The builder reportedly had six orders for the new 29-footer heading into the Fort Lauderdale Show this week.

Editor’s Note: A complete feature on the 298 and the evolution of the Nor-Tech center console line will appear in the spring issue of Sportboat magazine.

Related Story: Second Nor-Tech 298 to Hit the Water Next Week